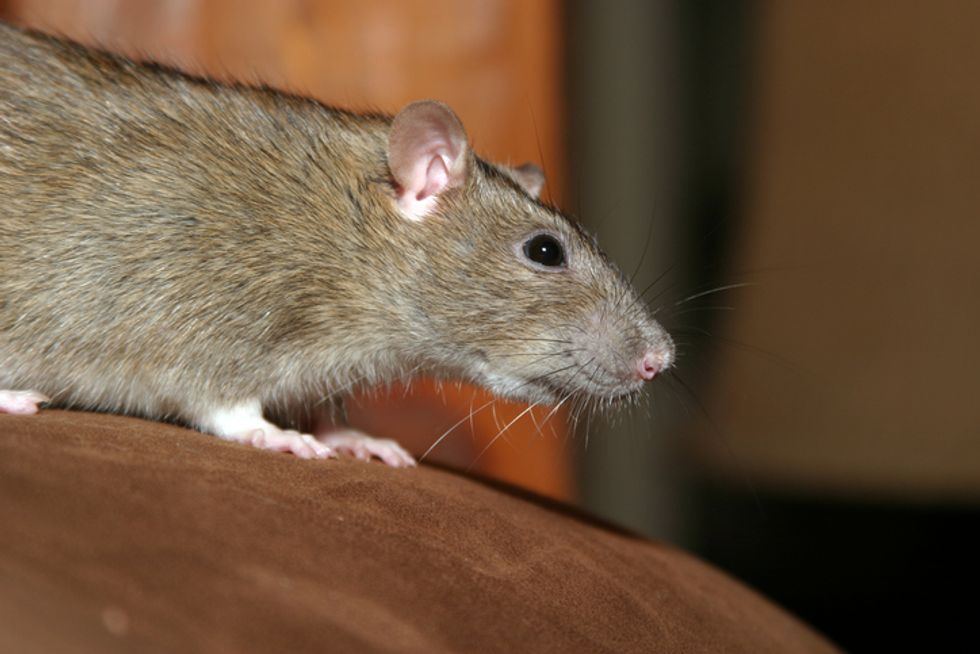 New York City is famous for its food scene. The great restaurants. The cronut. Those huge slices of pizza. Well, it turns out when humans eat, mice eat. And this delicious but not-so-good-for-you diet is having profound effects on mice. According to a recent study, their diet may even be changing their genes.

The study, which was published last month in Molecular Ecology, involved 48 white-footed mice caught from three New York parks and three nearby rural areas. The mice are native to New York, so researchers Stephen Harris of the State University of New York and Jason Munshi-South of Fordham University wanted to see if the city mice had begun to evolve for city living.

The researchers found 381 genetic differences. They focused on differences in 19 single nucleotide polymorphisms (SNPs) in the mice’s RNA—places where a single letter varies at a specific position in the genome.

Many of these were involved in metabolic processes, like digestion. Some of the genes were significantly associated with fatty liver disease, suggesting the rats are eating a lot of fatty acids. Fatty acids are prevalent in fast food. The city mice also had larger livers with more scar tissue.

Stephen and I disagree on the "cheeseburger" hypothesis...I think it's differences in plant / insect communities b/… https://t.co/DqB3poWtKz
— Jason Munshi-South (@Jason Munshi-South) 1507122618.0

“Our results indicate that white-footed mice in NYC are adapting at the biomolecular level to local selective pressures in urban habitats,” the researchers wrote. In particular, the researchers hypothesized that the mice may be evolving based on their urban diet of more plentiful, poorer quality food.

“The first thing that we thought of was the ‘cheeseburger hypothesis’: urban mice subsidizing their diet on human food waste,” said Harris.

When you see videos like the viral one from 2015 of a rat carting off an entire piece of pizza, that hypothesis makes sense. But the researchers actually disagree on the cause.

With such a small sample size, it is difficult to know the underlying cause. In addition to more cheeseburgers, the city also offers more seeds, nuts and berries in its parks because of less competition than in rural areas. The mice may be eating an abundance of these naturally-occurring foods, and supplementing their diet with occasional calories from human food, posited Jonathan Richardson of Providence College in Rhode Island, who was not involved in the study.

Further research will need to be performed on a larger sample size, with additional focus on the urban mouse’s diet. In addition, more research will be needed to see what is causing these genetic differences. Hopi Hoekstra of Harvard University speculated that the next step will be to examine the function of the impacted genes more closely and get a better understanding of their impact.

However, Hoekstra was enthusiastic about the study, and its place in a new wave of research that is investigating examples of rapid adaptation. “[The study] provides us with a really cool way to study evolutionary change, sort of as it’s happening,”

Cool, yes. But the study also begs the question: If mice are evolving based on a diet of fast food, will humans too? Or have we already? Maybe all of us — mice and humans — should take a pass on those fries.