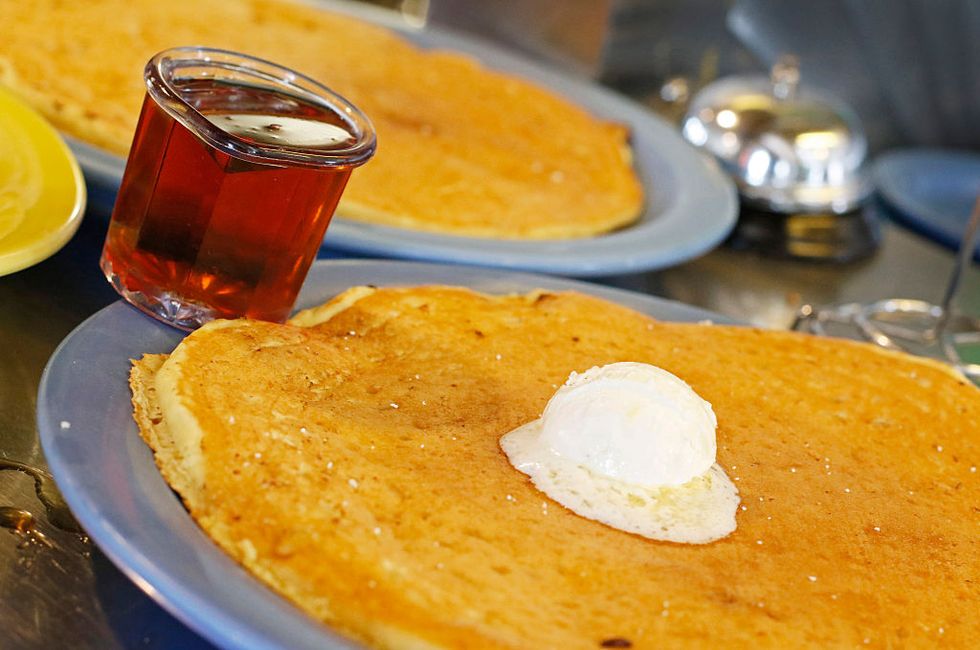 Bad news for breakfast fans: Real maple syrup may soon be a product of the past.

Sugar maples, the northern-climate hardwood whose sap is concentrated to make the popular breakfast condiment, have been under threat from global warming for years. Scientists had initially hoped that increased nitrogen from pollution would mitigate the effects of increased temperatures and drought, as nitrogen is a natural fertilizer for plants, but new research shows otherwise.

A study published in Ecology in January examined 20 years of tree and soil data from four locations in Michigan, which counts sugar maples among its most abundant tree species. The research found that that nitrogen deposition "will not fully compensate for the negative effects of growing under the drier forecasted climates."

In short, if Earth’s temperatures continue to rise, sugar maple trees will not only decrease growth, but could eventually disappear altogether.

“The added nitrogen helps a little bit, but not enough,” lead study author Inés Ibanez, a University of Michigan forest ecologist, said in a release. "Under extreme climate scenarios, the increase in nitrogen won't be able to compensate for the decreased growth of sugar maples due to lack of water.”

Using the collected data, researchers looked at two potential global-warming outcomes. In the first one, measures are taken to reduce carbon emissions, and the Earth’s temperature rises only about 1.3 degrees F over the next 100 years. In the second, emissions continue to rise unabated, and the Earth’s temperature rises 10 degrees F in the next century. While tree growth would be significantly harmed in the first scenario, statistical analysis revealed that sugar maples would completely disappear from Michigan’s lower peninsula, replaced over several centuries by more drought-hardy species like oak and hickory.

According to some sources, this has already begun to happen.

For optimum health, sugar maples rely on a delicate balance of mild days and freezing nights, a weather pattern that was once so common and predictable in the northeastern U.S. that, in the 1950s and ’60s, 80 percent of the world’s maple syrup came from states like Vermont and Maine. Today, the vast majority of the world’s maple syrup comes from more northern Canada. The product itself is also less sweet.

“Just 50 years ago, a sugar maple’s sap was 4 percent sugar. Now it’s 2 [percent],” Barry Rock, a forest scientist at the University of New Hampshire, toldNational Geographic in 2015, citing a “direct correlation” between increased temperatures and sugar-content reduction. “Because of the lower sugar content, more sap is needed to bring the maple syrup to its required 66.9 percent sugar content in the finished product. So while it used to take 25 gallons of sap to make a gallon of pure maple syrup, it now takes 50.”

During abnormally hot summers, winters or springs — of which the Northeastern U.S. has seen many lately — scientists have observed maples reduce their internal sugar-making processes by nearly 40 percent. According to the National Oceanic and Atmospheric Administration, temperatures in maple-syrup-producing U.S. states have increased 2.8 degrees since 1971, and show no sign of slowing down.

Don’t reach for the Mrs. Butterworth’s just yet, however — a January article in Nature revealed that global-warming predictions are saddled with a shocking 60 percent degree of uncertainty, which means things might not be progressing as fast as we initially thought, and there’s still time for a new U.S. administration to make a meaningful impact.

“I think in some ways the non-scientific message from this is that climate change, or sensitivity, is large enough to need action, but not so large that it’s too late to do anything,” University of Exeter’s Peter Cox, lead author of the Nature study, toldWired.