A New and Deadly Epoch In Planetary History May Have Dawned 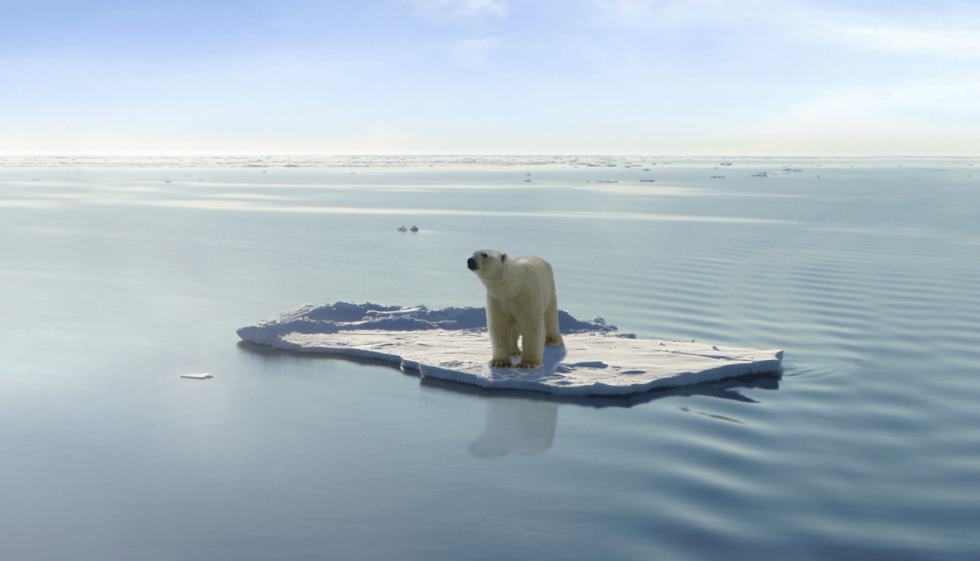 Humanity has entered a new era.

The collapse of wildlife and climate change are the most notable features of a proposed new epoch in planetary history known as the Anthropocene, in which, according to the Oxford English Dictionary, “human activity is considered to be the dominant influence on the environment, climate, and ecology of the earth.”

Over the last month, high arctic temperatures have been as much 20°C/36°F above normal despite the endless night of winter. The Great Barrier Reef, in all its glorious diversity, lost 67 percent of its northern section in 2016, cooked by excessively high water temperatures. Scientists predict that over the next few years, perhaps as early as 2017, the Arctic region could be snow-free during the summer, for the first time in over 100,000 years.

By 2020, more than 67 percent of the world’s animal populations will be wiped out, according to the World Wildlife’s Living Planet Index2016. This exhaustive, book-length narrative paints one of the gloomiest and frightening condemnations of humanity’s unsustainable development. Researchers surveyed 3,669 species and 18,290 populations of vertebrates to compile this report.

Marco Lambertini, director general of WWF, said: “The richness and diversity of life on Earth is fundamental to the complex life systems that underpin it. Life supports life itself and we are part of the same equation. Lose biodiversity and the natural world and the life support systems, as we know them today, will collapse.”

Many thoughtful and reputable scientists are confident that between 15 and 50 percent of the world’s wildlife diversity will be destroyed by 2100, claiming that we’ve entered history’s sixth Mass Extinctions event; the last was 65 million years ago. What does it mean? Imagine a world in which iconic symbols like rhinoceroses, polar bears, tigers, giraffes, lions, penguins, gorillas, and giant sea turtles live only in legend or zoos.

The loss of species and established populations is driven by many complicated factors, so no one solution will reverse this downward spiral. Although climate change is pushing humanity’s ability to survive the next century or two, it is less important to mass extinction on land than industrial farming and logging, poaching and eating too much meat, and polluting our air and water.

We have commandeered more than 85 percent of Earth for our personal use, roping the rest of creation into an-ever diminishing corral that might not be ideal for individual species. Natural selection is scientific fact, so yes, these pressures force adaption, but evolution occurs over millennia, not decades. Most populations and then species just die off. Wildlife sanctuaries and protected parks are being created in some vital areas to protect habitat, but not at a pace that will make any real difference.

With the population pushing towards 7.5 billion people, and a pressure coming from a growing middle class in many developing nations like China and India, food supplies have been stressed enormously, and many larger vertebrates and fish populations are rapidly dwindling. Our lakes and rivers are the hardest hit, with pollution, dams, and excessive water extraction culling populations by more 81 percent.

The Living Planet Index2016 is not without some light. Dramatic and immediate conservation efforts can make a difference, as they have with China’s Giant panda, tigers, and the Eurasian lynx.

“The report is certainly a pretty shocking snapshot of where we are,” said Mike Barrett, science director at the WWF. “My hope though is that we don’t throw our hands up in despair - there is no time for despair, we have to crack on and act. I do remain convinced we can find our sustainable course through the Anthropocene, but the will has to be there to do it.”

Albert Einstein knew it too. “Our task is to free ourselves from this prison,” he said, “by widening our circle of compassion to embrace all living creatures and the whole of nature in its beauty.”