A new archaeological discovery in northern Australia unearths humans walking the continent 65,000 years ago, which changes a number of previous theories. 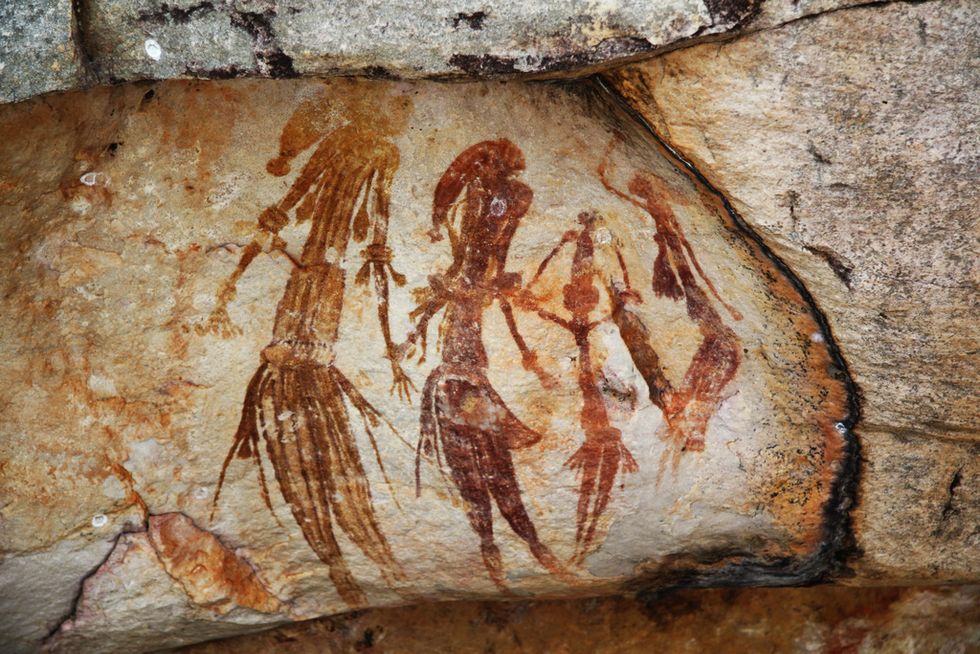 An archaeological discovery in northern Australia unearthed a history of people on the continent going back 65,000 years, which predates earlier estimates by 18,000 years. This changes many long-standing assumptions regarding the first Australians.

Researchers from the University of Queensland found an estimated 11,000 artifacts beneath 2.6 meters of sand and sediment at a site called Madjedbebe, a sandstone rock shelter on the western edge of the Arnhem Land plateau in Kakadu National Park. They published their findings in the journal Nature.

Lead author and associate professor Chris Clarkson is ecstatic about how this will lead to new discoveries:

Now we know humans were living in northern Australia a minimum of 65,000 years ago, the search will be on to discover each of the steps they took on the way.

The findings prove that indigenous people have been in Australia far longer than could be proven before, upending previous estimations of the continent’s colonization, how they got there, and their interaction with megafauna. “People got here much earlier than we thought, which means of course they must also have left Africa much earlier to have traveled on their long journey through Asia and south-east Asia to Australia,” said Clarkson.

“It also means the time of overlap with the megafauna, for instance, is much longer than originally thought – maybe as much as 20,000 or 25,000 years. It puts to rest the idea that Aboriginal people wiped out the megafauna very quickly.”

Previously, humans had been implicated in the extinction of Australia’s megafauna, which were giant animals that once roamed the Earth many thousands of years ago. For example, the Diprotodon was a giant, wombat-like mammal weighing almost three tons. This new discovery might bring humans absolution, as it shows they walked the land at least 20,000 years prior to the megafauna dying out.

The change in the timeline also means that humans crossed over south Asia at a time when the air was cooler and more humid, but more importantly when the sea levels were low enough that maritime migration was possible. In fact, it is now confirmed that Australian Aborigines were the first people to migrate across a major sea, sailing at least 90 kilometers to reach their new home. Professor Clarkson says that with the low sea levels, it is possible that they walked the last leg of the journey from Papua New Guinea to northern Australia on foot.

The Madjedbebe site rests on the traditional lands of the Mirrar people. This is their history, as it is possible that these first Australian Aborigines are their ancestors. For perspective, if we were to frame the newly-extended timeline of Aboriginal culture as measuring the last 24 hours, then the arrival of Europeans with the English First Fleet happened only five minutes ago.

So far the excavation has revealed that the first Australians used numerous distinct stone tools, including grindstones and hatchet heads. Clarkson was also thrilled to find pervasive evidence of ground ochre, which suggests these people were already artists at the onset of their culture in a new world.