The US Army Wants Biodegradable Ammunition

The U.S. Army is in the process of researching biodegradable training ammunition and soliciting proposals for their ideas. If successful, this ammunition will grow environmentally-beneficial plant life and help to eliminate hazardous debris, as opposed to polluting soils and groundwater. 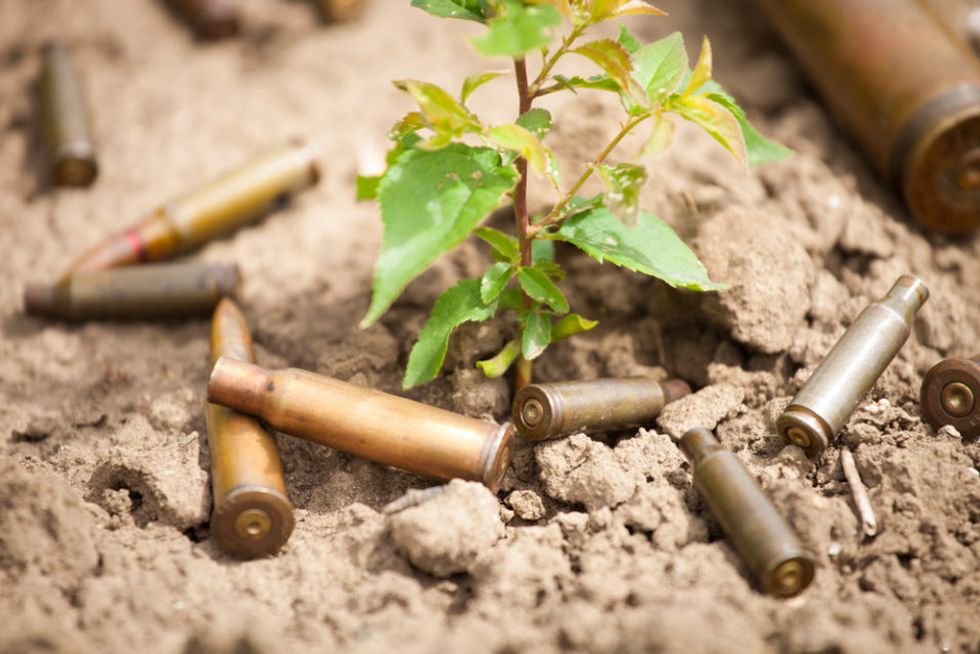 The Department of Defense is soliciting proposals to develop biodegradable training ammunition.

This innovative ammunition is filled with specialized seeds to grow environmentally-beneficial plant life, which, though useful in itself, will also eliminate ammunition debris and contaminants.

Historically, there has existed no proper method of cleaning up bullet shells, and so they have proven an environmental hazard in that they remain where they fall. In fact, around the world at Army training facilities, hundreds of thousands of spent shells litter proving grounds and ranges. The spent rounds include low-velocity 40mm grenades; 60mm, 81mm and 120mm mortars; shoulder-launched munitions; 120mm tank rounds; and 155mm artillery rounds.

Although this may not sound more problematic than other types of litter, bullet shells, for instance, can actually rust and pollute soils and groundwater due to the metal and hazardous chemical components. They can also take hundreds of years or more to biodegrade.

The U.S. Army Corps of Engineers' Cold Regions Research and Engineering Laboratory (CRREL) has already bioengineered seeds that will not germinate for months following expulsion, which allots time for the materials containing them to biodegrade sufficiently. The seeds can then absorb any remaining contaminants as they grow. Animals should have no issue consuming the plants that sprout from the bullets’ developed and tested seeds, according to the request for proposal.

Some of the proposed materials for the new bullets and ammunition are biodegradable plastics used to make water bottles or plastic containers. Other biodegradable materials and composite plastic products are also under consideration.

Proposal solicitations were ongoing until February 8, when Defense Department officials selected a contractor to produce the biodegradable ammunition as part of a three-phase implementation.

In the first phase, the contractor develops a process to produce biodegradable composites with remediation seeds that will substantiate the manufacturing of 40mm-120mm training rounds.

The second phase consists of proving out the fabrication process through the manufacturing of prototypes that demonstrate the readiness of the process and product for industrial use.

In the third phase, the contractor will work with PEO Ammunition and ammunition prime contractors to set the path for the transition to this Small Business Innovation Research (SBIR) technology.

Because this variety of bullet shell has already undergone testing, the Department of Defense is already well on its way to producing this ammunition. Removal of dangerous contaminants — and budding environmentally-friendly plants — from spent ammunition are increasingly looking like the future!