Bananas Are Going Extinct and Here’s Why. 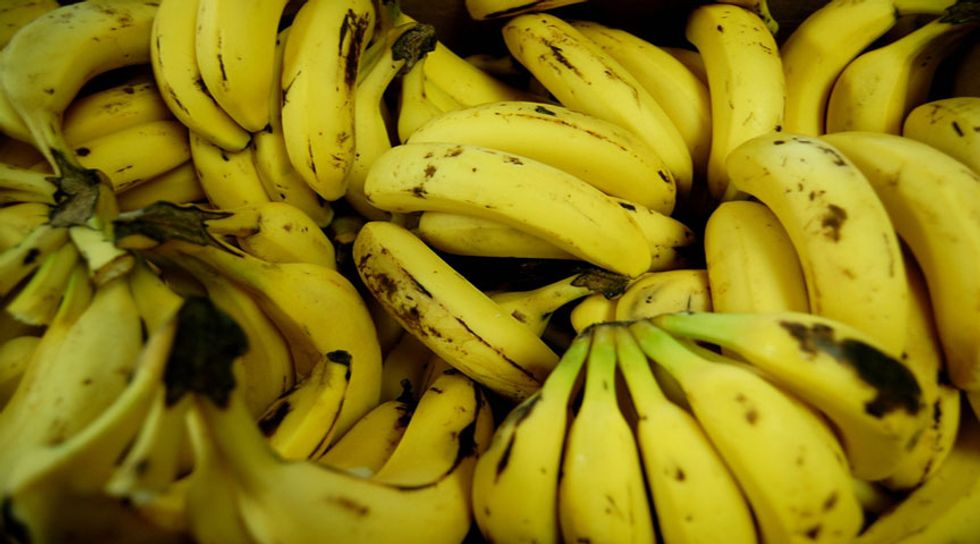 The banana we know is not the same banana as 50 years ago. Until 1965, we were eating a more resilient and sweeter species of banana (also known as cultivarin the banana vernacular) called the Gros Michel. Unlike the current variety that is consumed and exported around the world, the Gros Michel did not require artificial ripening. However, in 1965, as reported by CNN, a fungal disease known as the Panama Disease crawled through Central America and spread throughout the rest of the world like a wildfire, thereby causing the Gros Michel to be “declared commercially extinct.” All banana plantations were infected and burned down.

Enter the Cavendish, the contemporary cultivar and one of the most popular foods in the world. Although seen as inferior to its predecessor in taste and resilience, the Cavendish was cloned and grown in mass quantities after the extinction of the Gros Michel due to its seeming immunity to the devastating Panama Disease. However, Tropical Race 4 (TR4) - a variation of the fungus - is starting to pick up speed in its attack against the current cultivar. As reported by Food World News, TR4 was found in Malaysia in the 1990s, and it revealed itself to be a bigger threat than anticipated by 2013.

“Since its ‘second coming,’ TR4 has spread to Southeast Asia, then across thousands of miles of open ocean to Australia and finally, in 2013, to Africa… Its recent discovery in the Middle East and in Nampula, Mozambique, indicates that the disease is spreading and threatening bananas worldwide,” senior plant pathologist for the International Institute of Tropical Agriculture, George Mahuku said.

What Causes Such Widespread Devastation In a Singular Species of Bananas?

Because of the Cavendish’s monoculture nature (meaning there is no genetic variety), a single contamination in the soil of one banana plantation exposes exponential risk to

plantations worldwide. Some (as reported in io9) wonder why the Cavendish could not simply be replaced by another variety as was done before with the Gros Michel.

Although there are many different cultivars, the Cavendish has slowly replaced most of them. But now that the Cavendish is threatened by TR4, a replacement cultivar is proving difficult to be found. To tackle this, scientists are looking into hybrids and other GMOs to save the widely-consumed food.

Not only would our fruit baskets be affected, but also the economic livelihood of many plantation owners and banana growers. An estimated $7.5 million has already been lost in two plantations in Mozambique, according to CNN.

"The East and Central Africa region has over 50% of its permanent crop area under banana cultivation. That's around half of the African total, with an annual production of 20.9 million tonnes valued at $4.3 billion. Bananas are an indispensable part of life in this region providing up to one fifth of the total calorie consumption per capita. If TR4 were to spread into this region, the effects would be unimaginable," Mahuku told CNN.

Today, we can only hope that the TR4 can be controlled or a new hybrid that is immune to TR4 can be developed in time. Otherwise, we may have to soon bid farewell to the banana as we know it.