She didn't hold back. 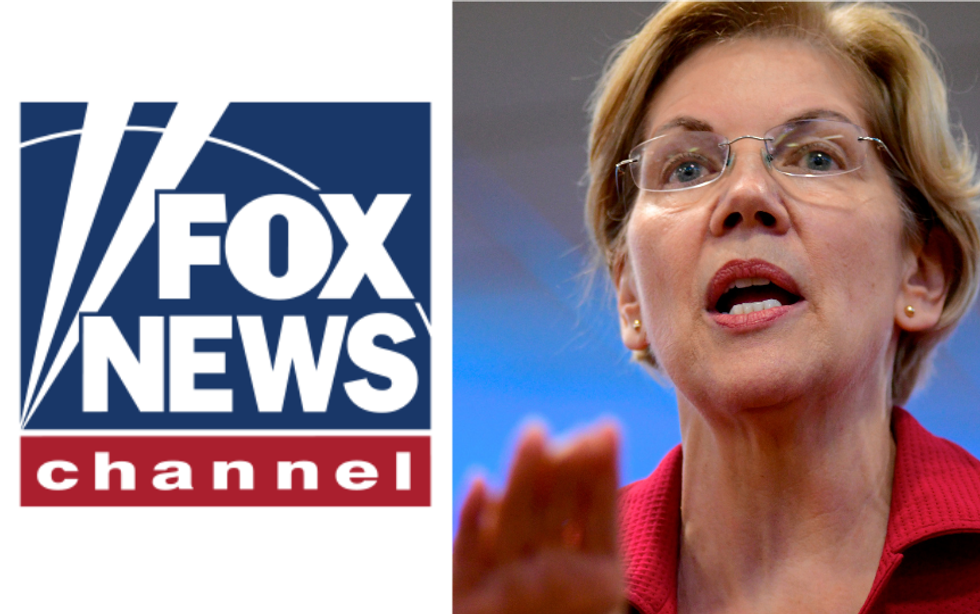 Warren has met with crowds both big and small to talk about her presidential plans, which include student loan debt relief and taxing the very rich. Town hall meetings are her jam. They allow her to connect with her constituents and bolster her grassroots campaign for the 2020 presidential election.

But she turned down an invitation to do a town hall on Fox News, calling them a "hate-for-profit racket."

Fox News is a hate-for-profit racket that gives a megaphone to racists and conspiracists—it’s designed to turn us a… https://t.co/qXITYlhwEs
— Elizabeth Warren (@Elizabeth Warren) 1557846199.0

Here’s one place we can fight back: I won’t ask millions of Democratic primary voters to tune into an outlet that p… https://t.co/qKP0j98SEV
— Elizabeth Warren (@Elizabeth Warren) 1557846199.0

Fox News, a favorite of Donald Trump, exemplifies the political corruption she opposes. "A Fox News town hall adds money to the hate-for-profit machine," Warren tweeted. "To which I say: hard pass."

"I won’t do a town hall with Fox News because I won’t invite millions of Democratic primary voters to tune in, inflate ratings, and help sell ads for an outlet that profits from racism and hate," said Warren. "If you agree, sign our petition."

I won’t do a town hall with Fox News because I won’t invite millions of Democratic primary voters to tune in, infla… https://t.co/0CcSeSHMTe
— Elizabeth Warren (@Elizabeth Warren) 1557855293.0

Fox News has invited other Democratic presidential candidates to town halls moderated by their news reporters. Bernie Sanders and Amy Klobuchar have already participated, and both Pete Buttigieg and Kirsten Gillibrand are on the roster.

Warren says that Fox News is welcome to come to her events, just like any other news outlet. But she won't support the network by making an appearance. "Hate-for-profit works only if there’s profit," she said, "so Fox News balances a mix of bigotry, racism, and outright lies with enough legit journalism to make the claim to advertisers that it’s a reputable news outlet."

"It’s all about dragging in ad money—big ad money."

Warren's campaign slogan is "I've got a plan for that" - and Fox News isn't part of it.