Donald Trump Just Asked People to 'Hold The Date' for a Big Celebration on July 4th, and the Mockery Was Swift and Merciless 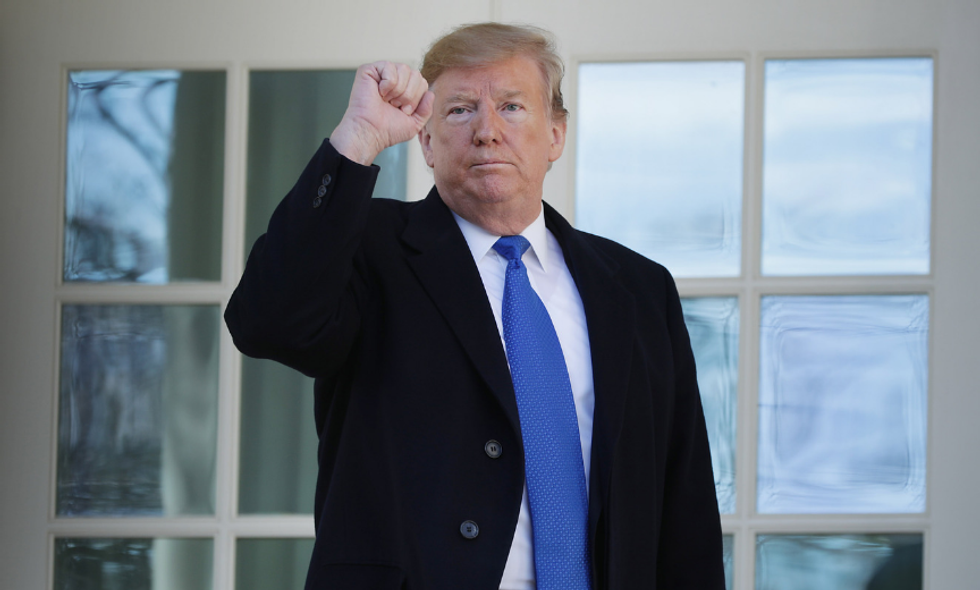 WASHINGTON, DC - FEBRUARY 15: U.S. President Donald Trump heads back into the Oval Office after speaking on border security during a Rose Garden event at the White House February 15, 2019 in Washington, DC. President Trump is expected to declare a national emergency to free up federal funding to build a wall along the southern border. (Photo by Chip Somodevilla/Getty Images)

On Sunday morning, Donald Trump, seemingly out of nowhere, tweeted a sort of "Save the Date" for a big celebration in D.C.

And you'll never guess what it's going to celebrate:

"A Salute to America"

People were puzzled as to why Trump thought this was a new idea, and the mockery came fast:

@realDonaldTrump Dear Donald, We hate to break this to you BUT, this happens every year in D.C. sans your ridiculo… https://t.co/CNwDtcOYKw
— Cathleen Burke (@Cathleen Burke) 1551022976.0

You're in luck, Mr. President!

Here are some more ideas, for Trump!

@realDonaldTrump On a scale of zero to authoritarian, Where does rebranding the national day of independence to b… https://t.co/uaA8w7l4uX
— Marnie Spiegel (@Marnie Spiegel) 1551041327.0