Donald Trump Jr. Is Getting Mocked For Posting a Tweet Urging People to Vote on the Wrong Day 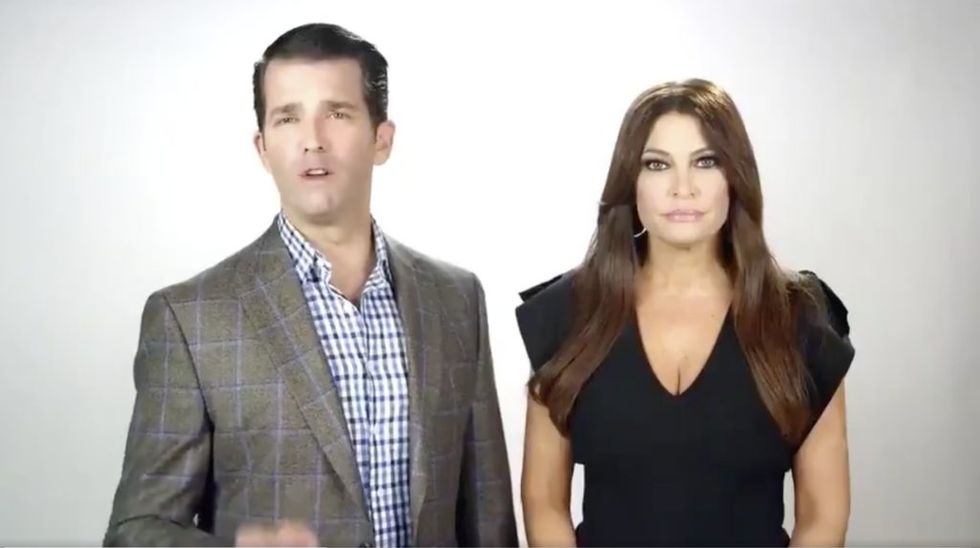 Donald Trump Jr. on Wednesday took to Twitter to remind people to vote, but he probably wasn't expecting the savage mockery he'd receive from telling people to go to the polls on the wrong day.

"In 7 DAYS we need every patriot to get to the polls and make their voice heard LOUD and CLEAR!" President Donald Trump's eldest son wrote.

Except the election isn't on November 7, it's on November 6. Junior is pushing people to the polls on the wrong date.

Twitter isn't going to let this one go, not a chance.

Some went along with Junior's plan.

Since it was Halloween, we'll just count these as tricks.

Was he lying, or is Junior simply bad a math? Not sure which is better but either way, it's funny.

Oh but we do. The real treat is the video.

It's 30 seconds of Junior and his girlfriend, Kim Guilfoyle, bashing the "mainstream media" and "liberal mob" while encouraging voters to support Republicans.

The script is really something, especially against the dark images and the ominous music. Note Junior's lower-that-normal voice, not sure what that's about.

First, the couple introduces themselves, just in case. Then the dogwhistling begins.

Guilfoyle: "The mainstream media and the liberal mob are working hard to stop President Trump."

Junior: "But we know that every day, my father, our president, is fighting to keep his promises to the American people. That's why we need you to fight for him."

The pandering continued, but at least they got the date right in the video.

Guilfoyle: "This November 6, we need every patriot to get to the polls."

Junior: "Let your voice be heard loud and clear."

Junior: "Together we will keep making America great."

Amazingly, Junior also got his voting days mixed up last year, when on Election Day he told his followers to vote "tomorrow."