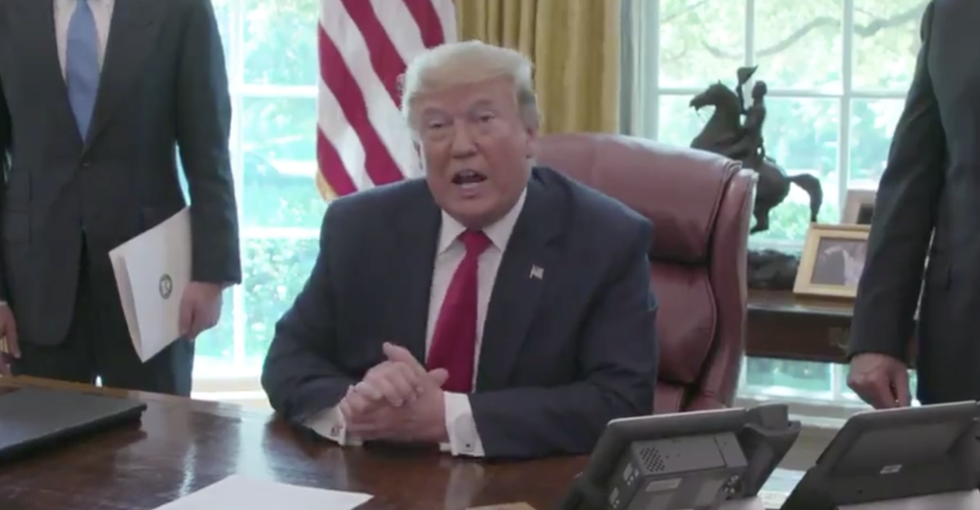 President Donald Trump announced retaliatory sanctions on Iran on Monday after an unarmed American drone was shot over Iranian airspace, but in doing so, he flubbed the name of Iran's supreme leader.

The problem? Ayatollah Khomeini has been dead since 1989.

"The assets of Ayatollah Khomeini and his office will not be spared from the sanctions."

In response, Twitter immediately came in with the jokes.

he and Generalissimo Franco could not be reached for comment https://t.co/VJWuM0ojIB
— George Conway (@George Conway) 1561463242.0

Some began alluding to Trump's Frederick Douglass gaffe in 2017.

Iran's president, Hassan Rouhani, brutally responded to the sanctions, claiming that the White House was suffering from a mental disability.

There is one thing everyone agrees with Trump on, however:

We need a President who isn't a laughing stock to the entire World. We need a truly great leader, a genius at strategy and winning. Respect!
— Donald J. Trump (@Donald J. Trump) 1407569450.0