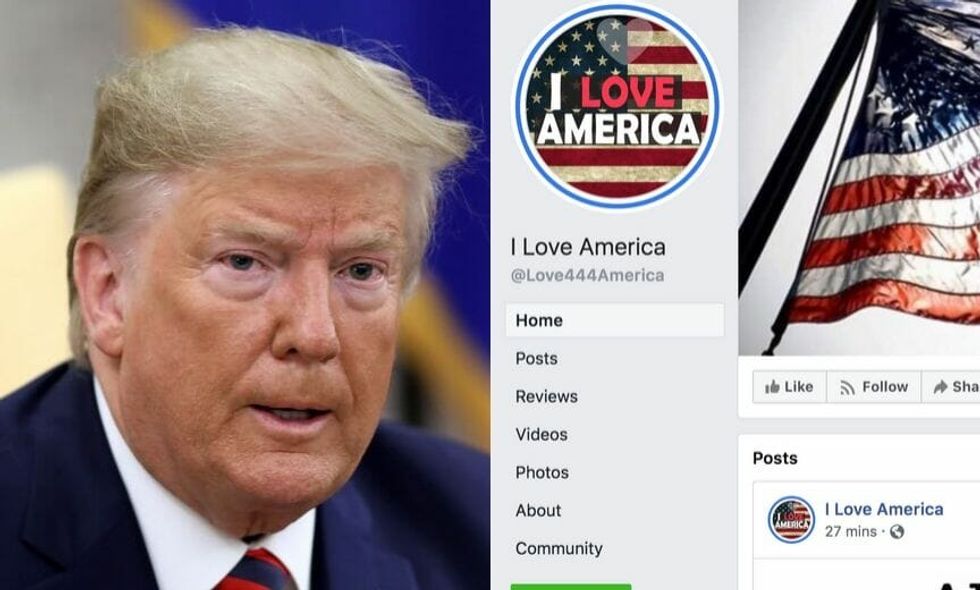 I Love America, a Facebook page with 1.1 million followers and a larger reach than many respected media outlets, is run by 10 Ukrainians, with another manager from France, one from Kazakhstan, and one from the United States.

Though the I Love America page widely shares general patriotic sentiments, Popular Information newsletter writer Judd Legum, who originally shared the story, noted a massive uptick in pro-Trump memes and sentiments. Many of the posts were the same or similar to ones shared by Russian hacking entities that meddled in the 2016 election.

Legum elaborated on the findings in a Twitter thread.

7. The content on these more explicitly pro-Trump pages is incendiary and frequently false. For example one of th… https://t.co/Nn8xYe1cHL
— Judd Legum (@Judd Legum) 1569241204.0

According to Legum, the page is part of a vast network of Ukrainian Facebook pages frequently sharing pro-Trump, often false or misleading posts.

@JuddLegum More horrified every day and yet nothing seems to change, except to get worse
— Bajada (@Bajada) 1569241316.0

Unlike with Russia in 2016, there is no indication that any of the pages are acting on behalf of the Ukrainian government. But this time, it's Donald Trump who appears to be the one seeking out assistance from a foreign leader.