After Donald Trump Held Up a Map of Syria for Reporters, Twitter Had a Field Day Mocking Him With the Most On-Point Memes 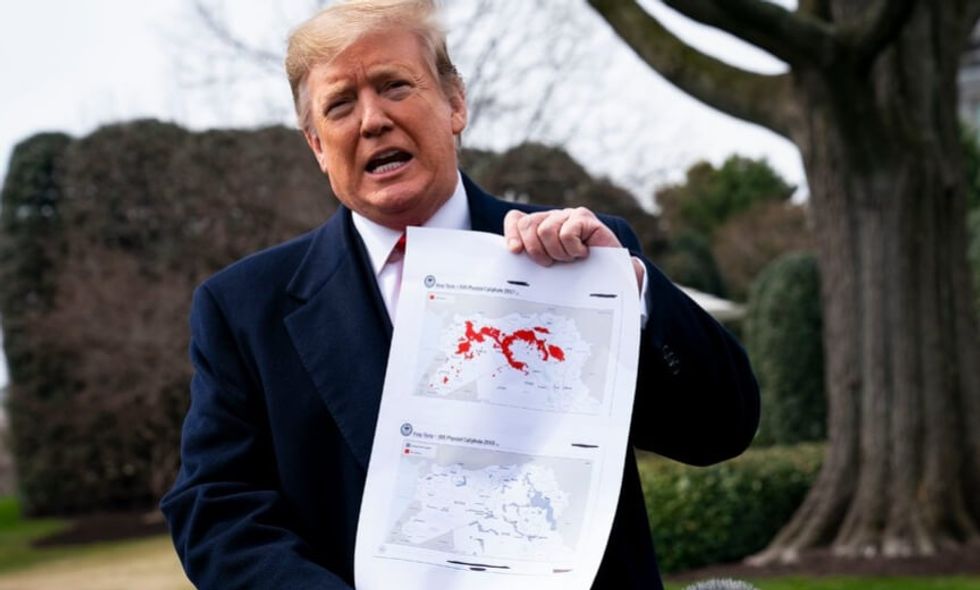 During an interaction with reporters outside the White House on Wednesday, President Donald Trump held up a map of Syria and vowed that the terrorist organization would be "gone by tonight."

The map included two images showing the decrease in lands occupied by the Islamic State today compared to when Trump was elected.

“This was on election night in 2016. Everything red is ISIS. When I took it over, it was a mess," Trump said, presenting the sign to members of the press. "Now, on the bottom, that’s the exact same; there is no red. In fact, there’s actually a tiny spot which will be gone by tonight."

Twitter users commandeered the image of Trump and went wild with it.

Someone made a more Trump-friendly map.

There are a lot of important and utterly strange happenings in the political sphere right now - like Devin Nunes (R-CA), Trump's lapdog California Congressman, suing a fake cow.

Historic flooding in the Midwest...

Perhaps Trump just wants to show us his favorite memories.

Trump, who loves a joke at his expense, even took some jabs at himself.

Others dared to dream.