Donald Trump Jr. Tried to Mock Hillary Clinton for Showing Up to an Art Exhibit of Her E-mails but Got Roasted Instead 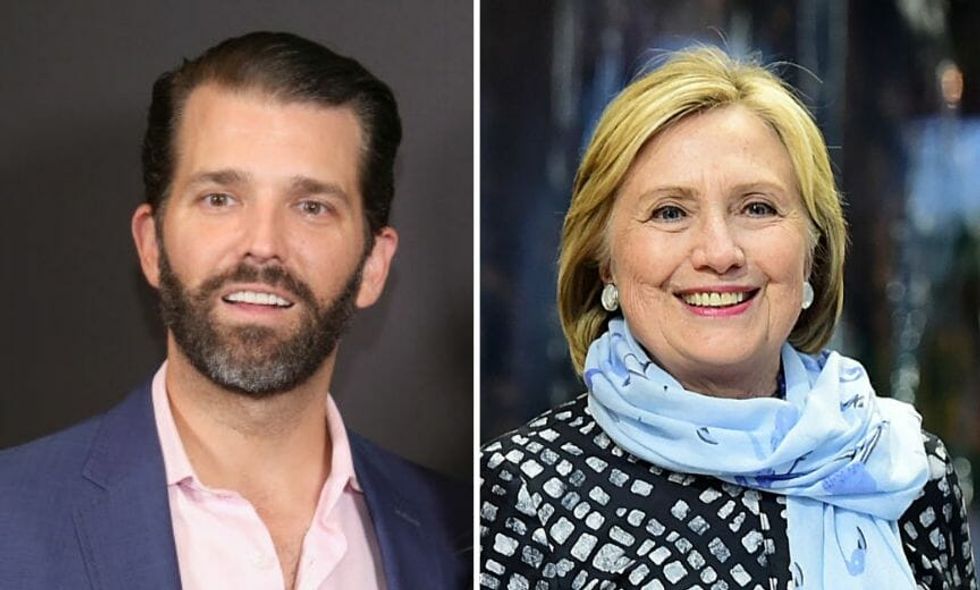 Former Secretary of State and 2016 Democratic presidential nominee Hillary Rodham Clinton recently visited HILLARY: The Hillary Clinton Emails, an art exhibit in Venice that features all 60,000 of the emails she sent using a private account while serving in the Obama administration. The copies rest atop a replica of the Resolute Desk.

Clinton sat at the desk and read some of the emails in a lighthearted appearance at the exhibit.

But not everyone took it with the same sense of humor as Secretary Clinton. President Donald Trump's eldest son—Donald Trump Jr.—was among them.

But did we really miss a bullet?

It's unclear how a former candidate visiting a European art exhibit that features her is "nonsense," but Donald Trump Jr. was nonetheless offended.

Not to mention, "dodged a bullet" probably isn't the best choice of words, considering the 58 people who died last month due to the American mass shooting epidemic.

@DonaldJTrumpJr Interesting choice of words considering your father’s affiliation with the NRA and the blood on his hands because of it
— Nick Cooke (@Nick Cooke) 1568309862.0