Don Jr. Tried to Shame Democratic Congresswomen for Not Wearing Flag Pins to the State of the Union, and It Backfired in the Most Trumpian Way 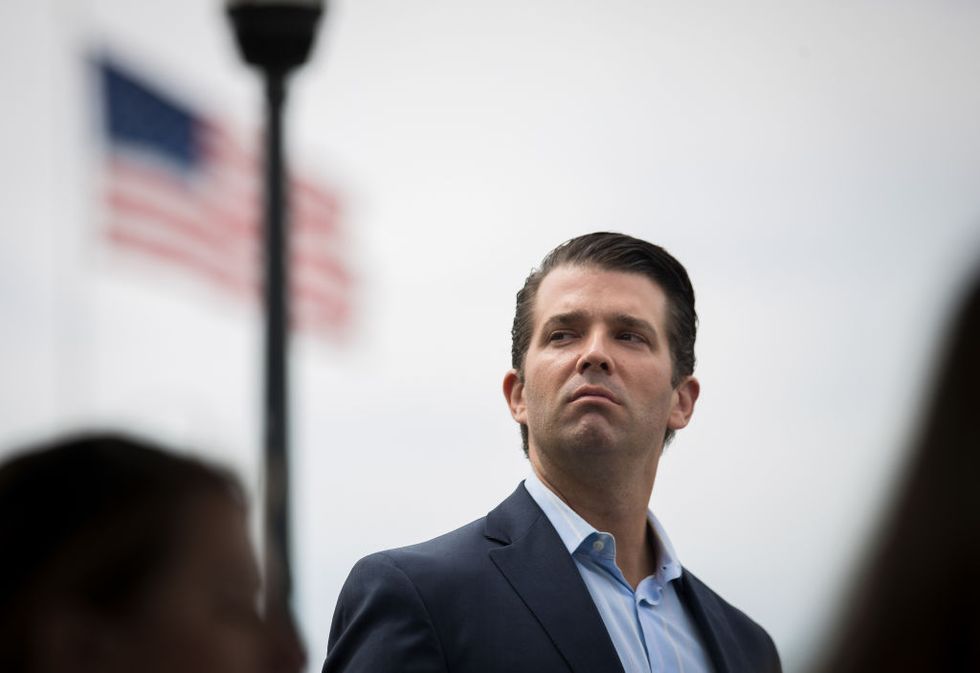 This was especially evident after Tuesday night's State of the Union Address, when Trump Jr. took to Twitter to criticize female Democratic Congresswomen for not wearing flag pins.

The American flag lapel pin came into national popularity with Richard Nixon as a statement against anti-Vietnam war protestors. Since then, it's warped into a flawed test for candidates and lawmakers to prove their patriotism. During the 2008 election, eventual President Barack Obama ended up on the receiving end of Republican outrage for not wearing the item. "I decided I won't wear that pin on my chest," he defended. "Instead I'm going to try to tell the American people what I believe... and hopefully that will be a testimony to my patriotism." Bill O'Reilly made a similar statement after 9/11: "I'm just a regular guy. Watch me and you'll know what I think without wearing a pin."

Yet Trump Jr. seems to think flag pins are the deciding factor of dedication to this country, which is interesting, because he wasn't wearing one himself, nor were any Trump family members.

People didn't hesitate to point this out.

Nor is this new.

@DonaldJTrumpJr Dude. Police yourself and your family first. Not one flag pin among you. Your daddy didn’t even wea… https://t.co/I0qGuXF6Ka
— Becky Brunton (@Becky Brunton) 1549548111.0

Many pointed out that flag pins are hardly a good indicator of patriotism or character.

And of course, the Russia Investigation—and Don Jr.'s meetings with Russian allies to get dirt on Hillary Clinton—inevitably arose.