Republican Senator Says the Trump Administration Is Restricting Access to Intelligence About the Murder of Jamal Khashoggi, and He Thinks He Knows Why 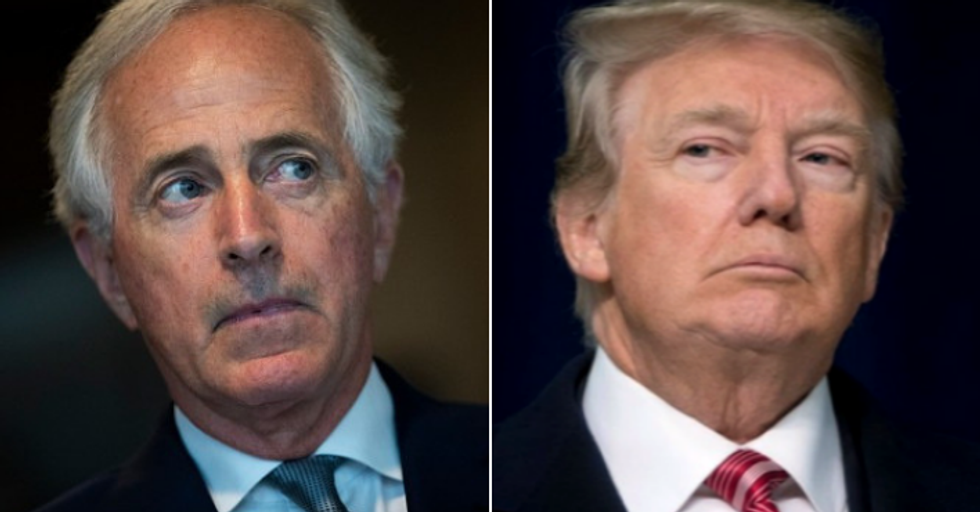 Khashoggi was a Saudi citizen living in the United States. He spoke out against the Saudi government.

But Corker—who is chairman of the Senate Foreign Relations Committee—told The Washington Post:

"I can only surmise that probably the intel is not painting a pretty picture as it relates to Saudi Arabia."

Corker also stated the Trump administration "clamped down" on sharing any of that intelligence information with Congress. The Trump White House canceled a Tuesday intelligence briefing and—according to Corker—told him they would not share additional information with the Senate at this time.

On Wednesday, Corker stated all indications from the intelligence he received before the Trump administration crack down showed "everything points … to [Mohammed bin Salman]". The Republican Senator added:

"This could not have happened without his approval."

People pointed to the Trump Organization's business ties to Saudi Arabia as a possible reason for the President's vehement denial of any wrongdoing by the Saudi government on Twitter. But that criticism goes back to when Trump first proposed his Muslim travel ban.

Despite Osama bin Laden and the terrorists of 9/11 being from Saudi Arabia, Trump left that country off his travel ban. People asked then what businesses the Trump Organization or Jared Kushner had with the Saudis.

@realDonaldTrump I wouldn't be surprised U R linked to any of these Dirty Saudi in #MoneyLaundering scheme. Bad Hotel Scheme no doubt!
— PrinceS (@PrinceS) 1510125743.0

...people again accused the President of putting his private business interests before the United States or the world.

@realDonaldTrump So,I guess we should ignore that a permanent American resident & journalist was killed IN a Saudi… https://t.co/PM63mEtSS4
— Michael (@Michael) 1539797747.0

But Trump denied any business dealings with the Saudis.

However his favorite network, Fox News provided a list for him of his Saudi business ties. Others joined in replying to the President on Twitter.

Meanwhile people do not feel confident in the GOP or the Senate Foreign Relations Committee or their chairman stepping up to the Trump administration.

This paragraph says everything you need to know about Bob Corker’s ability to do anything independent of the Trump… https://t.co/sKDzv1eC1b
— Daniel W. Drezner (@Daniel W. Drezner) 1539826892.0

Senator Corker announced his retirement in the fall of 2017. His term will end in January 2019 when new Senators are sworn in after the November midterm elections.