Alex Jones Calls World Economic Forum 'A Satanic Alien Attack' In Unhinged Rant: 'The End Of Earth As We Know It' 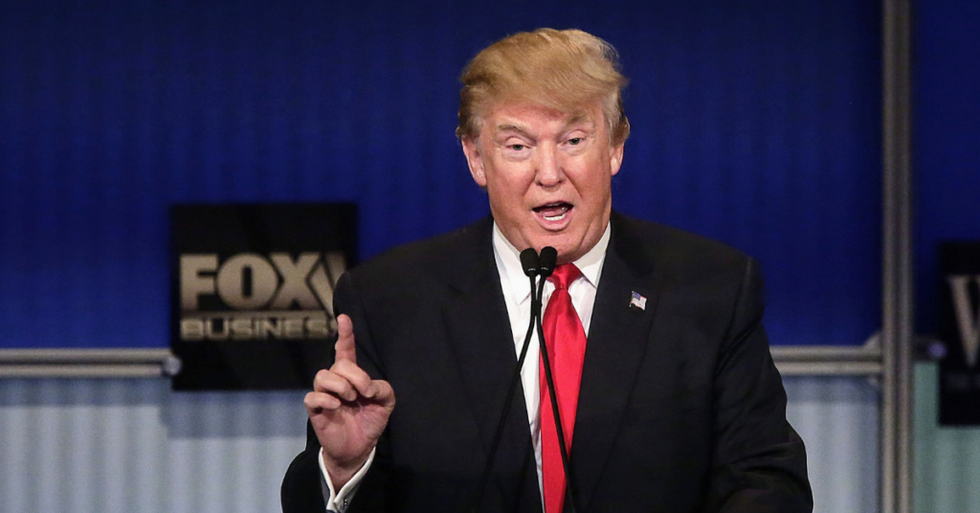 President Donald Trump's announcement that the United States would immediately abandon the Kurds in Syria who helped combat ISIS shocked members of his own party, administration and the military. Most critics point to Turkey being unchecked in their attacks against Kurdish forces if once the US abandons their allies.

Many asked why the President would take such an action, but Trump appeared to already answer that question in December 2015 in an interview for Breitbart News. When asked then about Syria and Turkey, Trump responded:

"I have a little conflict of interest ’cause I have a major, major building in Istanbul. It’s a tremendously successful job."

"It’s called Trump Towers—two towers, instead of one, not the usual one—it’s two. And I’ve gotten to know Turkey very well."

Listen to Trump's remarks here at the beginning of his Breitbart interview.

At the time, that strong leader was Recep Tayyip Erdoğan, who is still President of Turkey.

@SenBlumenthal At what point DIDN'T you know that Trump uses the U.S. Government as his own personal piggy bank?
— Renee Shatanoff (@Renee Shatanoff) 1570546131.0

Trump's admission in 2015 ties into a frequent criticism of his presidency: Trump administration policy focuses more on personal profits or personal interests for the Trump family than international diplomacy and what is best for the United States and its allies.

To understand Trump’s kowtowing to the Turks, follow the money to his “little conflict of interest” in Istanbul—two… https://t.co/7nGRNrEebl
— Richard Blumenthal (@Richard Blumenthal) 1570545870.0

Yet again, we have to ask if the president made an American foreign policy decision with his personal interests—fin… https://t.co/bRrXOt04RH
— Jack Holmes (@Jack Holmes) 1570466830.0

Reminder that the reason Trump is willing to empower ISIS and betray the Kurds (opening them up to slaughter) is be… https://t.co/xN8fmIWHUN
— Justin Horwitz (@Justin Horwitz) 1570475547.0

@jaketapper @yashar In December 2015, amidst a heated presidential primary, Trump said in a radio interview he had… https://t.co/bbMM8PRGxs
— OpenSecrets.org (@OpenSecrets.org) 1570453148.0

As with his past tweets, President Donald Trump's words continue to come back to bite him. How far loose lips will sink this ship remains to be seen.

The book Deconstructing Trump: The Trump Phenomenon Through the Lens of Quotation History is available here.