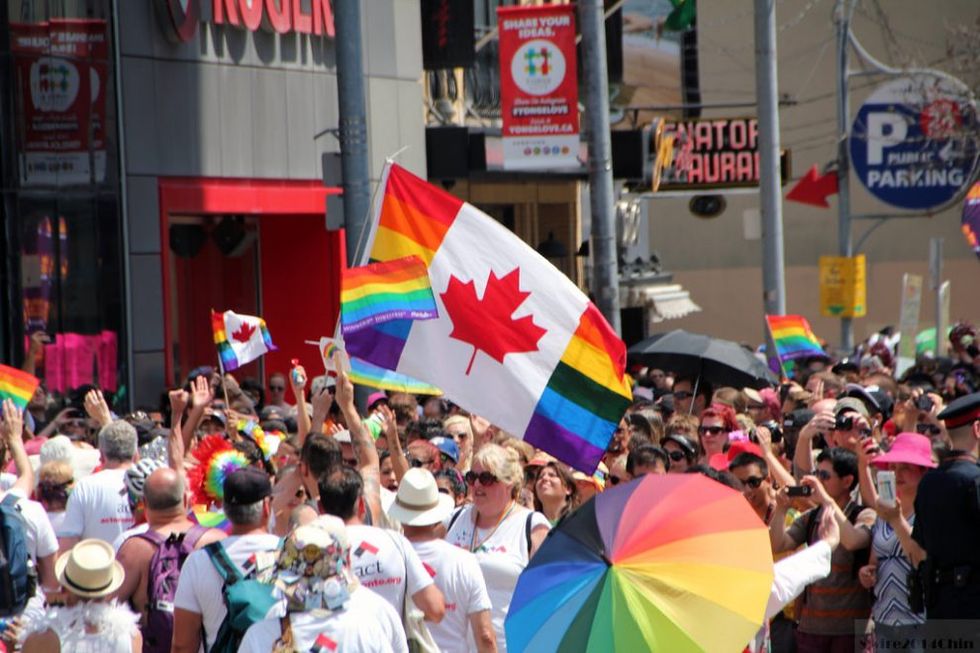 Toronto-based nonprofit Rainbow Railroad is working with the Canadian government to give sanctuary to gay and lesbian Chechnyan refugees fleeing persecution in their home country. The nonprofit helps LGBTs escape state-sponsored violence in countries around the world. Executive director Kimahli Powell revealed in a Facebook video that Rainbow Railroad had been covertly working with the Canadian government over the past three months to aid the refugees.

An anti-gay purge in Chechnya began earlier this year, involving the arrest, detaining, beating and torturing of gays by law enforcement. Though at least three deaths have been reported, the Chechen government claims the purge never happened, and in a recent HBO interview, Chechen leader Ramzan A. Kadyrov denied the existence of gay people within his country altogether. In response, Powell and the Canadian government quietly created an underground railroad program that has expedited safe passage for 31 government-assisted refugees between June and August, mostly arriving from safe houses in Russia, with more to be expected.

Russia program director for Human Rights Watch, Tanya Lokshina, says this is the first time another country has stepped up to help. “Canada appears to be the only country that has done this on a such a massive scale,” shesaid. “It’s certainly exceptional. Canada clearly has done the right thing here. Every extra day they stay in this country is an extra day of dire risk.”

Prime Minister Justin Trudeau, who is known for walking in pride parades, has previously denounced the persecution: “We call for the protection of all people in Chechnya whose sexual orientation makes them a target for persecution.”

Powell is optimistic that the program will encourage other countries to stand up for gay rights beyond their borders. “We hope that, in demonstrating Canada can do something, other countries take the lead as well,” hesaid.Unfortunately, the program has had difficulty aiding women. “The vast majority of the people we’ve helped are men,” Powellcommented. “It’s harder for women to escape Chechnya.”

While the program’s existence has been confirmed by an anonymous government official, who otherwise is not authorized to speak about it openly, there is criticism for  lack of public acknowledgment from Trudeau’s administration. Critics note that he has not met any of the refugees at the Toronto airport, as he did with Syrian refugees. Perhaps this is because the program, which we do know is spearheaded by Foreign Affairs Minister Chrystia Freeland, makes for even more tense relations between Canada and the Kremlin, which backs Kadyrov’s administration.

Or perhaps Canada’s government administration remains secretive  to protect the refugees and those giving them shelter. In August, one refugee agreed to meet another man he had been speaking to on a dating app. Upon arriving, he was instead abducted and threatened by two Chechen men in the back of a car, who called him a disgrace to their motherland. Though the refugee does not want to file a report, the authorities are still investigating the incident.

The attackers echo the sentiments of Chechnya’s leader. In that same HBO interview, Kadyrov talked about genetically purifying his country via the expulsion of gays, whom he identified as devils and not people, and also for sale: