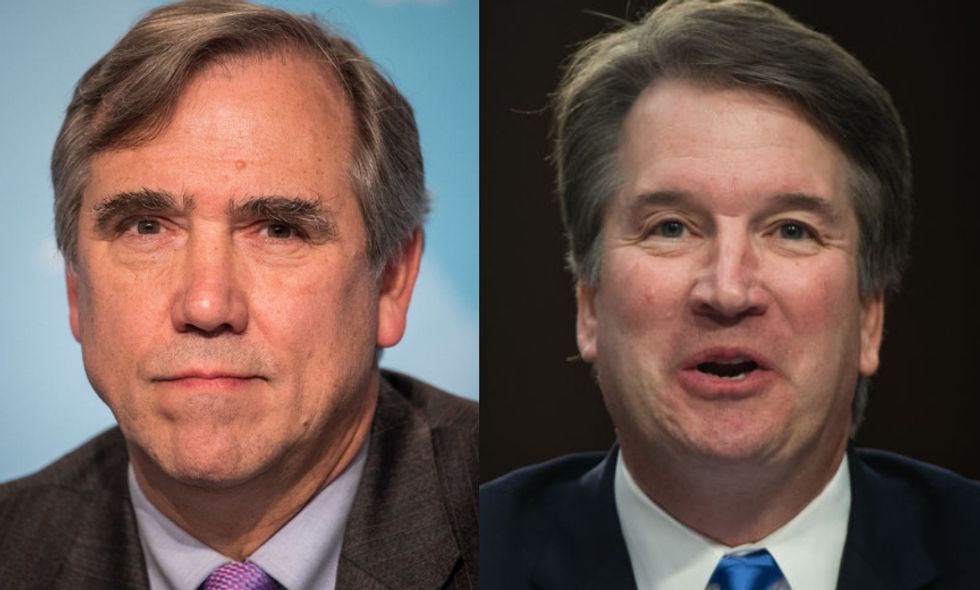 As Republicans on the Senate Judiciary Committee fight to proceed with the confirmation of Supreme Court nominee Judge Brett Kavanaugh, Senator Jeff Merkley (D-OR) launched a new attack: a federal injunction which the senator hopes can delay a final vote.

Though the focus of Kavanaugh's controversial nomination has recently been centered around the multiple allegations of sexual assault against him, Merkley's injunction is regarding a plethora of missing or withheld documents from Kavanaugh's time with the administration of George W. Bush. Multiple Senate Judiciary Democrats voiced concerns over the missing documents during Kavanaugh's initial hearing.

Republicans frequently insisted that the release of these documents was not necessary, but judging by this injunction, Merkley firmly disagrees. He alleges that the withholding of the documents hinders his constitutional mandate as a member of the Senate Judiciary Committee to adequately advise and consent to Supreme Court nominees.

Merkley said in a statement to Politico:

“The unprecedented obstruction of the Senate’s advice and consent obligation is an assault on the separation of powers and a violation of the Constitution. The President and Mitch McConnell want to ram through this nomination come hell or high water, without real advice or informed consent by the Senate, but that’s just not how our Constitution works.”

@SenJeffMerkley Amazing steps to take to make this fair to both the nominee & the victims. It's not a horse race.
— keith johnson (@keith johnson) 1537989286.0

The grounds for the injunction may not directly mention the growing allegations of sexual assault against Judge Kavanaugh, but their presence is certainly felt as the stakes of the confirmation grow higher and its certainty more tenuous.

Merkley mentioned the allegations in his statement as well:

“The events of the past ten days have only underscored how critical it is that the Senate conduct a careful and comprehensive review of a nominee before giving its consent."

Though the injunction relies only on whether or not the concealment of the documents hindered Merkley's and Senate Judiciary Democrats' ability to advise and consent on Kavanaugh, many supporters of the move saw it as the right thing to do in light of the claims.

@SenJeffMerkley Amazing steps to take to make this fair to both the nominee & the victims. It's not a horse race.
— keith johnson (@keith johnson) 1537989286.0

Merkley is rumored to be considering a presidential run in 2020. It's unclear how likely the injunction is to succeed at delaying confirmation, but what is certain is that the divide between Republicans and Democrats on the Senate Judiciary Committee is turning into a chasm.