'The Daily Show' Just Reminded Us of the Worst of President Obama's Scandals, and Those Were the Days 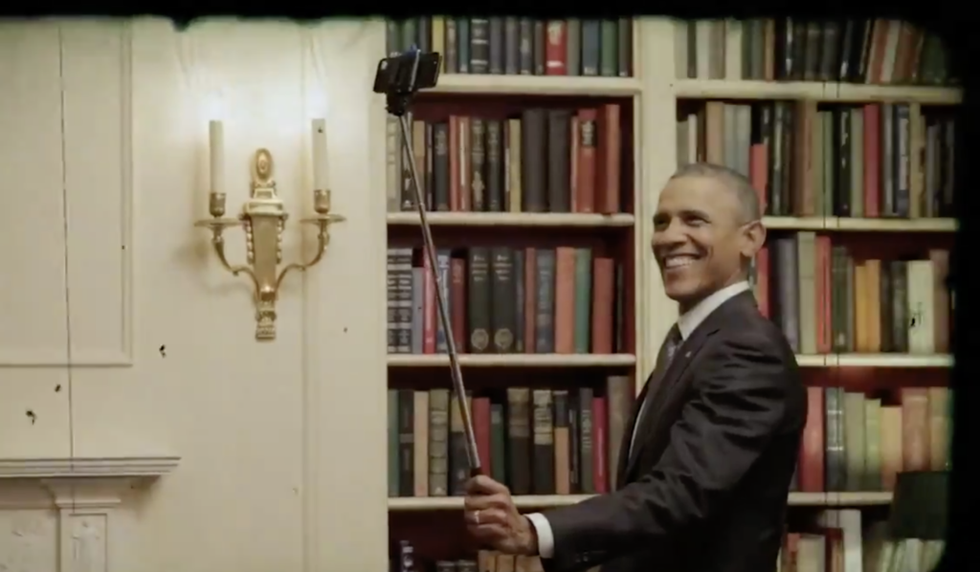 It's been a tad over two years since the inauguration of President Donald Trump. The day after, he and his administration openly lied about the crowd size at the inaugural ceremony.

Since then, Trump's administration has reached an unprecedented turnover rate, at least two acts of adultery and subsequent payments to cover the affairs up have surfaced, an anonymous higher-up of the administration detailed the steps officials were taking to curtail Trump's worst inclinations, and there's the Russia investigation and the 34+ indictments and convictions it's yielded.

Sadly, these are only highlights of the highlights.

So—to induce some much-needed nostalgia—The Daily Show reminded us of the scandals that rocked the administration of former President Barack Obama and the havoc these wreaked.

There was the selfie stick.

Today, we remember the time Obama used a selfie stick, the worst scandal in presidential history. https://t.co/0PFDpjk9AF
— The Daily Show (@The Daily Show) 1554319602.0

Today, we remember the time Obama wore a bike helmet, the worst scandal in presidential history. https://t.co/RZMqFm8aWl
— The Daily Show (@The Daily Show) 1553188725.0

And who could forget: the tan suit.

Sure, it wasn't open corruption or flagrant disregard for national security...but his selfie stick.

Nonetheless, Twitter was nostalgic for the scandals of the Obama era.

@TheDailyShow Yeah a guy with a selfie stick shouldn't have access to the nuclear codes but the guy who can't spell… https://t.co/malJ4iNNXZ
— Tia Bannister (@Tia Bannister) 1554319953.0

Of course, some were still "horrified."

@TheDailyShow @LisPower1 I can't even watch. I just thank god my child was never exposed to this kind of depravity.
— Stephen Matteo (@Stephen Matteo) 1554321340.0

@TheDailyShow Oh the horror of that TAN SUIT! The scope and consequence of those “scandals” were truly when America was great. #MAGA
— Roy Littwin (@Roy Littwin) 1554323920.0

What we would give now for a leader as "scandalous" as Barack Obama.