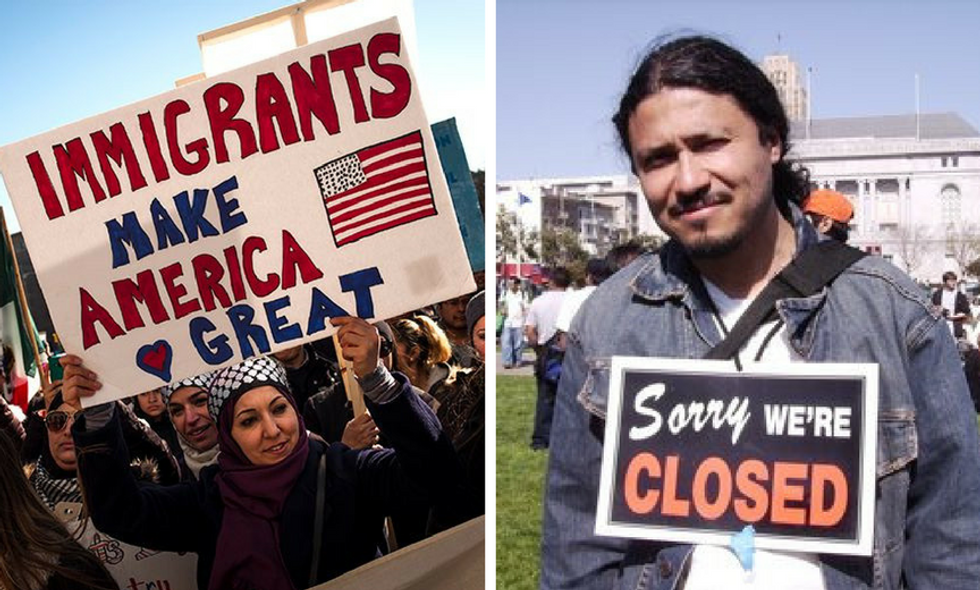 Businesses across the United States may have fewer employees at work today, in some cases far fewer. Organizers and protesters have called for immigrants not to work, go to school, or spend money in protest of President Donald Trump's immigration policies.

The protests will shutter many restaurants, businesses, and schools. D.C. is expected to be particularly affected; closing businesses there could have a more direct impact on lawmakers, and the capital has the seventh largest population of immigrants in the U.S.

Reminder: These restaurants will be closed today in solidarity with #ADayWithoutImmigrants https://t.co/SizpfuvMAY https://t.co/ndCj5ixG3w
— DCist (@DCist) 1487249642.0

The Davis Museum at Wellesley College in Massachusetts joined the protest by removing or covering all works of art created or donated by immigrants. In a statement, they noted,

"Approximately twenty percent of the works of art on view in our permanent collections galleries were created by artists or donated by collectors who immigrated to the United States. For the days leading up to and including the President's Day holiday weekend we have removed or cloaked these works to demonstrate symbolically what the Davis Museum would look like without their contributions to our collections and to Wellesley College, and to thereby honor their many invaluable gifts."

Marches and rallies are planned in many cities as well. Charlotte, NC resident Paul Castillo told WCNC, "We're losing money but we don't want to lose our customers or our employees. Hispanic people, Mexican people, people from South America, we've known them for all these years and now we see them out to the streets and they're scared. They feel persecuted, you know?"

Trump's divisive relationship with immigrant communities began during the campaign. In June 2015 during the announcement that he would run for president, Trump said of undocumented Mexican immigrants "They're bringing drugs. They're bringing crime. They're rapists. And some, I assume, are good people." Some of his campaign promises have become executive orders: a border wall between the U.S. and Mexico, limits on federal funding to sanctuary cities, and a ban on (some) Muslim immigrants that has been blocked by the courts.

The protest was inspired by a similar "Day without Immigrants" in 2006 that was inspired by a proposed law that would have made living illegally in the U.S. a felony. The legislation was passed by the House of Representatives, but failed in the Senate.

Organizers will be watching to see the response. Some protestors, including writer Francine Prose and the Women's March organizers, have begun also to call for general strikes.. On such days, all Americans opposing Trump would be asked to stay home from work and to spend no money. Such protests are common in Europe, but have rarely been used in the U.S.