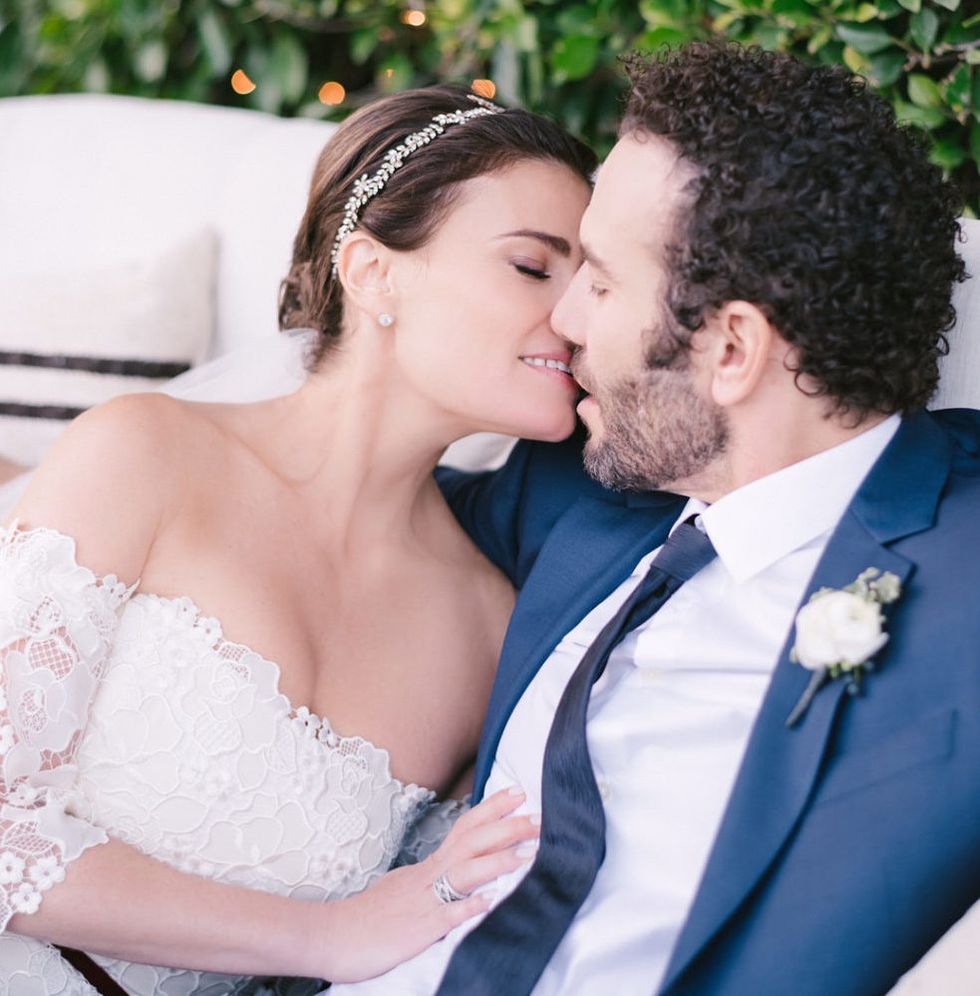 After her 10-year marriage to Taye Diggs, which ended in 2013, Idina Menzel has found love again in her second husband, Aaron Lohr, whom she married in 2017. As a guest mentor on American Idol, Idina will surely tap into her singing expertise. She has starred in films and Broadway shows such as Disney's Frozen and the musical Rent. Rent has clearly been a pivotal touchstone in Menzel's life since it brought her to both her first and second husbands. Idina Menzel has been quoted saying that husband Lohr is the love of her life. Read on for everything to know about Aaron Lohr, the man who captured Idina Menzel's heart.

Who is Aaron Lohr?

Aaron Lohr is an actor born and raised in Los Angeles, where he attended university at UCLA. There, he majored in theater.

Lohr got his start in small roles, such as an advertisement for Carlsburg beer. He also appeared in several episodes of Sister, Sister and went on to voice act in Disney films such as The Mighty Ducks series and Newsies.

Alongside Idina Menzel, he appeared in the 2005 film adaptation of the hit musical Rent. There, Lohr met Menzel for the first time. After Rent, Lohr went on to roles in theater and film. Currently, he is retired from the stage and works as an addiction specialist and recovery counselor.

The pair began dating in 2015 and made their relationship debut at the White House Correspondents' Association Dinner that year. Afterwards, the couple bought a home together in Encino, Los Angeles, California. The home cost $2.675 million.

Their relationship progressed quickly, probably as a result of being friends for a long time before getting together. Menzel announced their engagement on Twitter in September 2016. The following September, in 2017, the pair were married. In front of family and friends at their home, the couple said "I do." Idina's son from her previous marriage, Walker Nathaniel Diggs, now seven years old, walked her down the aisle.

Idina was beyond overjoyed by their union, saying on Twitter:

Idina Menzel's fans are thrilled about her marriage to Aaron Lohr: