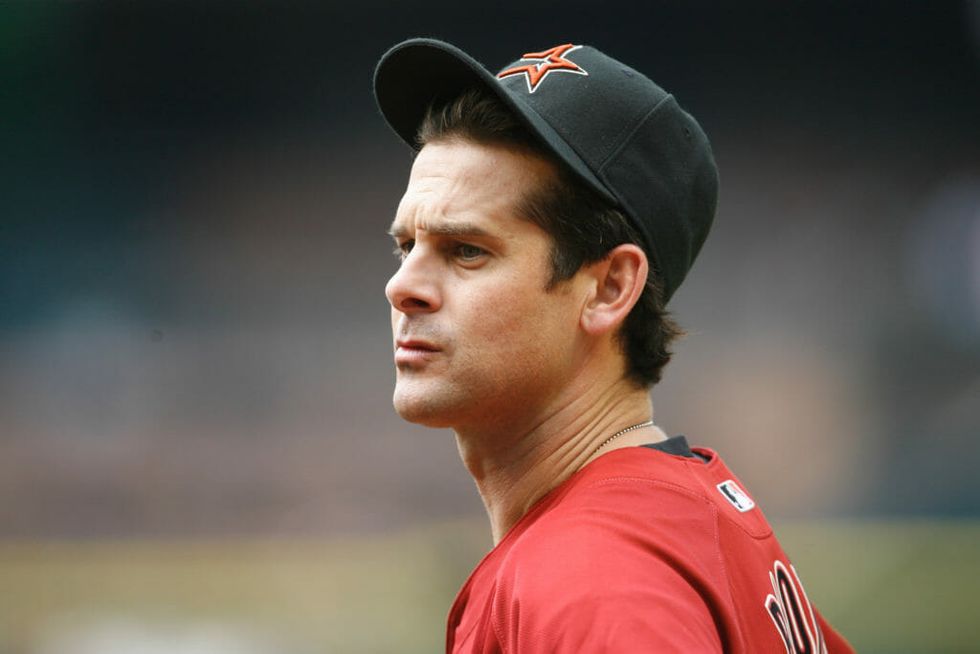 06 May 2009: Aaron Boone looks on prior to the Chicago Cubs vs. Houston Astros baseball game (Aaron M. Sprecher/Icon SMI/Corbis via Getty Images)

Aaron Boone has long been etched as a hero in New York Yankees lore, having hit the game-winning walk-off home run against the Boston Red Sox in Game 7 of the 2003 ALCS. But he may be adding a new chapter to his history. According to reports, the Yankees are set to hire Boone as their next manager; he will replace Joe Girardi, who managed the club for the past ten seasons. Looking to learn a bit more about Aaron Boone's life outside of baseball? Here are a few fast facts you should know about the former infielder.

Boone married Laura Lee Cover, a former Playboy bunny, on November 9th, 2002. You can see some of their photos together if you check out his Instagram account. Some of Cover's sexiest modeling photos can be found here.

According to her IMBD page, Cover was born on May 6th, 1977, making her forty years of age. She was born in Bucyrus, Ohio and was raised Christian.

Boone and Cover have two children. They have a biological son named Brandon and a biological daughter named Bella, while the two also have a pair of adopted children named Jeanel and Sergot. Boone and his family currently live in Scottsdale, Arizona.

FrostSnow estimates Boone's current net worth to be around $10 million. During his baseball career, Boone made about $16.3 million, according to Baseball Reference. He's been with ESPN since 2010, and became an analyst on Sunday Night Baseball just last year. It's not entirely clear how much Boone will make with the Yankees, but former Yankee skipper Joe Girardi was making about $4 million per year. As a rookie manager, it's hard to see Boone making that much, however, he'll still add a hefty amount to his net worth over the life of his contract with the Bronx Bombers. That could last a long time if previous managers' tenures in New York are any indication.