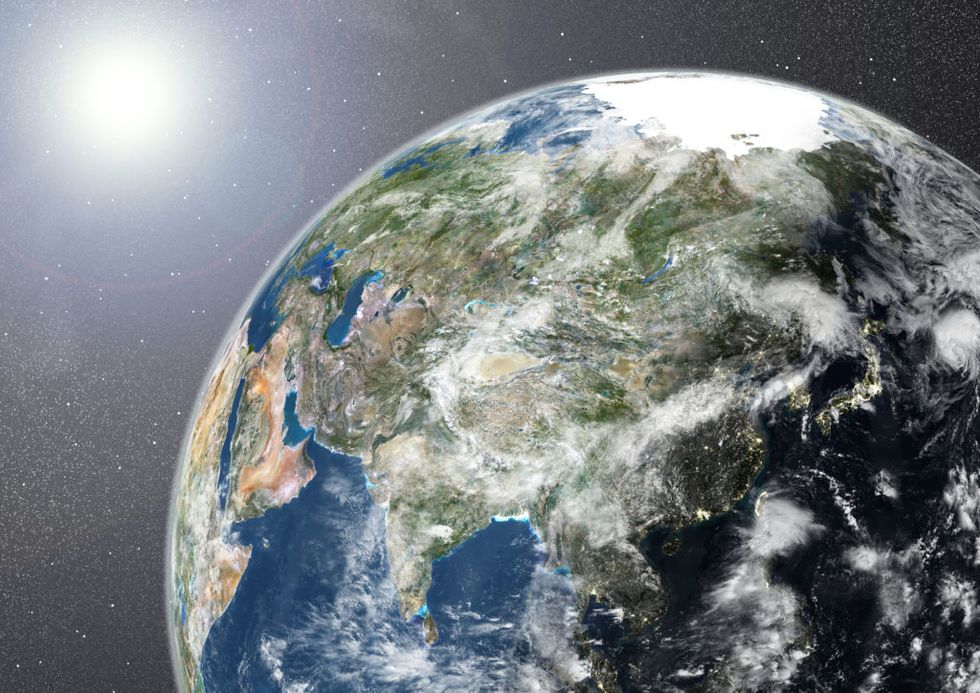 In his book Pale Blue Dot, legendary scientist Carl Sagan talked about humans' responsibility to "preserve and cherish the pale blue dot, the only home we've ever known." Sagan's description of Earth is nothing short of inspirational, but if scientists at the Massachusetts Institute of Technology (MIT) are correct in their findings, the dot won't be pale blue much longer.

The researchers found that climate change is significantly impacting phytoplankton—microscopic algae at the bottom of the aquatic food chain. While water molecules in the ocean don't absorb the blue spectrum of sunlight—reflecting it back and creating the appearance of a blue ocean instead—phytoplankton reflect green light, endowing phytoplankton-heavy areas with greener hues than other regions.

As phytoplankton migrate to compensate for higher ocean acidity and temperature variance, the colors of Earth from space will likely see huge shifts as well.

People are lamenting this latest evidence of human activity's impact on Earth's appearance.

The insidious effects of climate change have long been public knowledge and climate change continues to be one of the most urgent political issues facing countries all over the world.

The effects of a changing ocean could prove to be even more damaging than a change in visual appearance.

Because phytoplankton are at the bottom of the marine food chain, a drastic shift in phytoplankton populations would offset the aquatic ecosystem from zooplankton to Great White Sharks.

@weatherindia @MIT When you impact the ecosystem such as changing how phytoplankton absorb sunlight the effects it… https://t.co/JrZsQ1YSWp
— kevin (@kevin) 1549478064.0

@davidmweissman attention should be given to the effects on the unprecedented extinction rates of many key species… https://t.co/jDsQpuBL8K
— ghengis888 (@ghengis888) 1548875298.0

The most important sea life. The beautiful and varied phytoplankton in my winter plankton sample this week that beg… https://t.co/tzYjrXsSUk
— Dr Richard Kirby (@Dr Richard Kirby) 1547755659.0

From appearance to functionality, climate change poses an existential threat to Earth.

Something must be done soon.