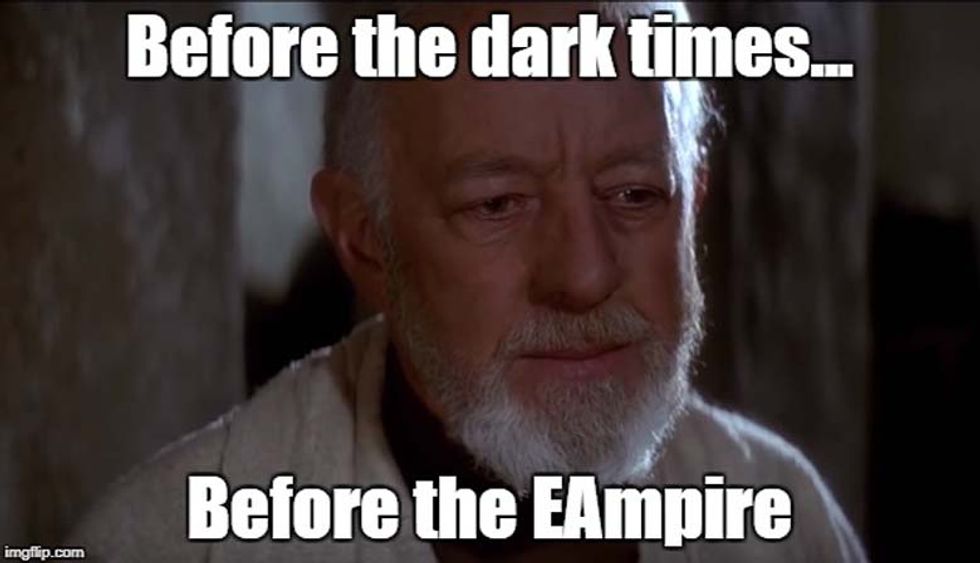 EA Games, the maker of Star Wars Battlefront II, is drawing fire from fans for shielding popular characters in the new game. Star Wars Battlefront II comes out on November 17, but news about the company’s decision and its response on Reddit made it the most downvoted comment in Reddit history, reports TechCrunch. Fans have called EA's explanation as to why it costs an extra $80, on top of the purchase $60 price of the game, to play as characters like Darth Vader a money grab. The full comment from EA on Reddit reads:

The intent is to provide players with a sense of pride and accomplishment for unlocking different heroes.

As for cost, we selected initial values based upon data from the Open Beta and other adjustments made to milestone rewards before launch. Among other things, we're looking at average per-player credit earn rates on a daily basis, and we'll be making constant adjustments to ensure that players have challenges that are compelling, rewarding, and of course attainable via gameplay.

We appreciate the candid feedback, and the passion the community has put forth around the current topics here on Reddit, our forums and across numerous social media outlets.

Our team will continue to make changes and monitor community feedback and update everyone as soon and as often as we can.

Fans were not buying it, and it even spawned death threats at EA, reports NBC. They write, "A Twitter user who goes by the name Sean and claims to be an EA developer in his bio tweeted Monday morning that the game has inspired "personal attacks."

In response to the criticism, EA made some last-second changes to Star Wars Battlefront II's hero costs, but also reduced the amount of in-game "rewards" players could collect from loot boxes, reports Game Informer.

EA is well known for its "freemium" style game design. The freemium model, as used on most of Electronic Arts' games, means that the initial purchase is just the bare bones of the game. To get more features, the player must pay more. The freemium format is particularly popular on mobile gaming apps, where the initial download of the game is sometimes free to get the player hooked before encouraging them to purchase upgrades.