Who Is Caroline Lunny on 'The Bachelor'? 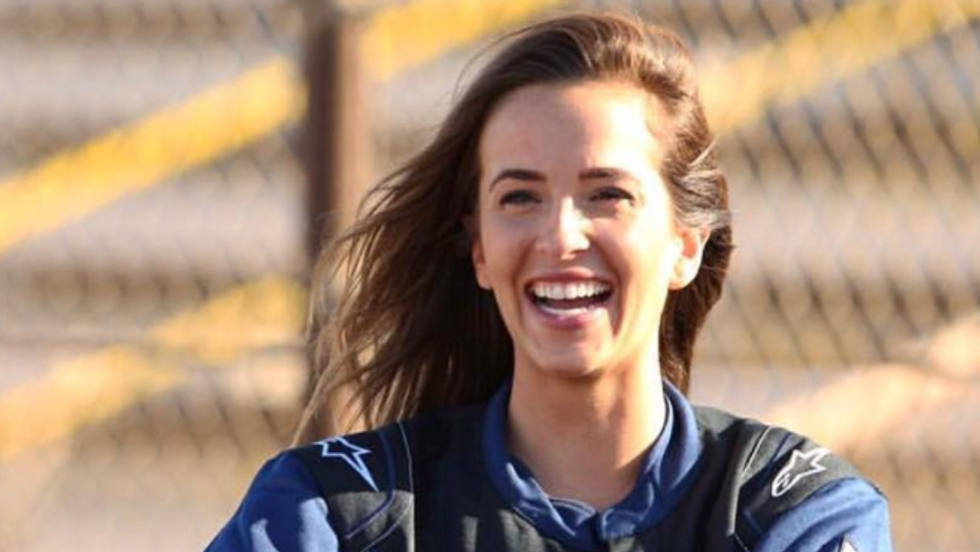 On Sunday night's episode of The Bachelor: Women Tell All, a surprising voice lashes out at Arie, telling him she "knows what he did." The encounter leaves audience members, and even the rest of the cast, utterly confused. Who is Caroline Lunny, the woman who calls Arie out? And what is she talking about when she says she knows what Arie did?

Read on, but beware of spoilers.

According to Reality Steve, Caroline grew very close with Becca Kufrin this season. (The two even spent time together recently in Florida.) So what does she know? Well, here's where one of the biggest spoilers arguably in Bachelor history comes into play. Arie reportedly chose Becca as the winner and got down on one knee and proposed to her in the season finale. Then, within a matter of weeks, he broke off the engagement and started dating runner-up Lauren B. According to Steve, Caroline is speaking out to defend her friend Becca, since Arie broke her heart.

Caroline didn't get too much airtime on this season of the show, so fans may not remember much about her.

Caroline Is a Real Estate Agent and Lives in Florida

Caroline Lunny is a 26-year-old realtor from Holliston, Massachusetts. She's 5'10" and now lives in Fort Lauderdale, Florida. Caroline was formerly Miss Massachusetts in 2014, and competed in Miss USA that same year.

She studied acting at the New York Film Academy from 2010 to 2011, and went on to study broadcast journalism at Suffolk University from 2012 to 2016. Asked by ABC if she could have lunch with three people, who would she choose, she says, "Vince Vaughn, Betty White and Ryan Reynolds. It would be a blast of a lunch and we'd pretend it was Betty's birthday at a Hibachi restaurant!"