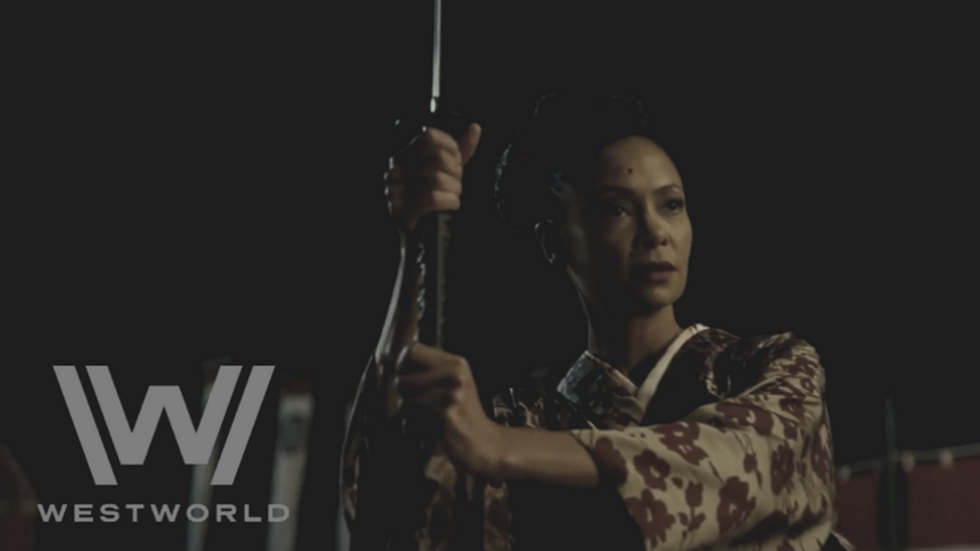 HBO’s world of maniacal robots kicked off with a second season opener that did a notable job of setting the stage for what is bound to be a very engaging ten episodes. At the heart of it all are Bernard Lowe, Robert Ford’s creation used to immortalize his partner, Arnold; Dolores Abernathy, who appears to be undergoing an identity crisis; Maeve Millay, who recently discovered her confusing place in the world; and William, the Man in Black who is sent out on his own game.

As fascinating as it is to watch each of these characters come into their own and discover Ford’s plan (even after his death), one appeal of Westworld season two was that viewers were going to get the opportunity to see another of Delos Destinations’ creations - Shogun World.

Since before the season premiere, we’ve known that Shogun World was on the horizon, but the production crew never let slip when it was slated to appear. Based on the trailer for the second episode, however, it seems as if Jonathan Nolan and Lisa Joy aren’t going to make fans wait long for a taste of the Japanese-inspired park. While much of the episode preview focused on further exploring the depths of Westworld and the journeys of Bernard, Dolores and William, towards the end, we get an audio clip of Bernard hinting at the size of Delos’ crafted world. “This world is just a speck of dust sitting on a much, much bigger world,” he explains. Then, after several quick cuts, we get what was undoubtedly the payoff for the preview: Maeve donning a kimono and wielding a samurai sword. Behind Maeve, we also see building facades that appear Asian in style, further solidifying the location.

Last we saw Maeve, she was patching up Hector and humiliating Lee, so it will be interesting to see how she winds up in Shogun World. There is always the possibility that the sword-wielding Maeve we see in the preview isn’t the upgraded Host we’ve been following since season one. At one point during the season two premiere, Maeve happens upon a collection of inactive Bernard Hosts. Could it be that he’s not the only Host with duplicates and the others are traipsing around Delos’ other worlds? It's worth noting that, in the preview, Maeve has what looks like a mole off-center on her forehead, a physical trait she hasn't sported yet.

Westworld continues to be wrapped in mystery and viewers will have to wait for the second episode to air at 6 pm EST, 9 pm PST on HBO and HBO Go.