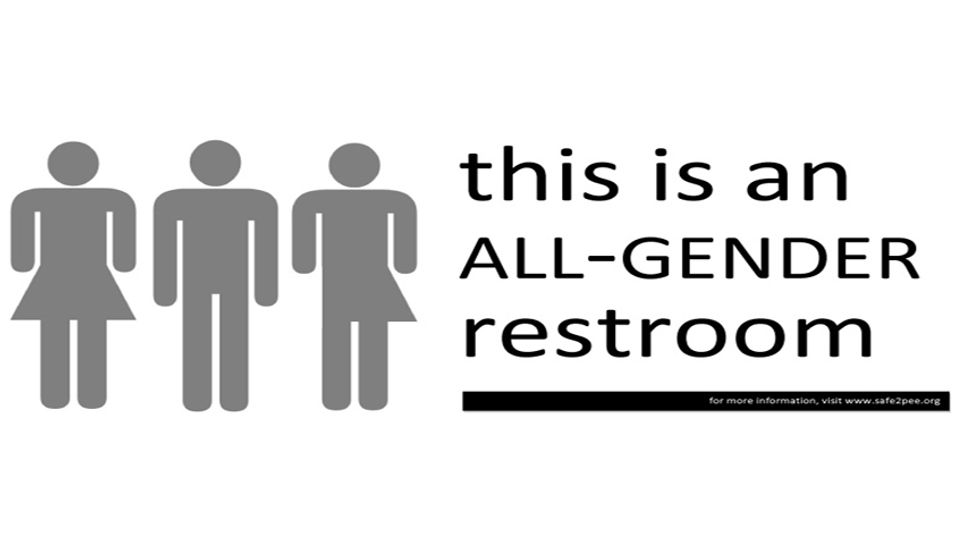 This month in Virginia, a federal judge ruled that Gavin Grimm, currently an 11th grader at a public high school in Gloucester County, Virginia, may no longer use the boys bathroom at the school. Grimm, who is a transgender male, had been using the boys bathroom since September 2014 with permission from the school principal. However, in December of that year, a group approached the school board with ambiguously-worded concerns of “privacy,” and last June, the battle of the bathroom went to federal court.

Grimm had used the boys restroom the previous school year without incident, and no students at Gloucester had ever complained about sharing the restroom with trans students.  Nevertheless, under pressure from parents, in December of 2014 the school board adopted the policy that trans persons may not use the restroom that reflects their gender identity, and must use the bathroom that correlates to the individual’s sex organs. The American Civil Liberties Union (ACLU) filed a lawsuit on behalf of Grimm, citing violations of civil rights, the 14th Amendment and Title IX, but now must appeal the judge’s ruling.

Jurisprudence and local rules around trans rights is in flux. Recent decisions and policies in California lie in sharp contrast to the Virginia ruling, including the 2013 ruling in Arcadia that Title IX protects transgender students from discrimination, and the more recent policy change in San Francisco’s Miraloma Elementary requiring gender-neutral bathrooms be available for all trans, intersex and gender nonconforming students. Indeed, generally on the West Coast, the laws lean towards affording and protecting the rights of people whose gender identity differs from their physical bodies. Recent policy changes, including the 2013 School Success and Opportunity Act, which requires that the state’s public schools allow trans students to use the bathrooms and play on the sports teams that correspond with their gender identities, could well set precedent for other states.

Even within these advancements, there are some differences. Trans rights groups have noted, for example, that requiring trans students to use separate facilities, distinct from their peers, further marginalizes and stigmatizes trans students. Indeed, according to trans rights activists, when a trans person must use a special trans-only bathroom, it “outs” them far more than simply allowing them to enter the restroom they self-designate a need for, and using an individual stall. In the case of Gavin Grimm, the Justice Department asserted, “Singling out transgender students and subjecting them to differential treatment can also make them more vulnerable to bullying and harassment, a problem that transgender students already face.” Furthermore, students who are not permitted to use the preferred bathroom might choose to avoid using the restroom at school altogether which can lead to a variety of ailments and illnesses linked with withholding waste. This is especially so for elementary age school children.

Not everyone believes that these concerns rise to the level of a civil rights issue. Lila Perry is a transgender girl in Missouri fighting for her right to use the girl’s bathroom at her school. Lila has identified and dressed as a girl since the age of thirteen. She was offered the use of a private gender neutral bathroom, but refused. Issues of her own personal safety in the girls locker room caused Lila to withdraw from physical education class. During a

protest against Lila’s use of the girls facilities, three school board members resigned, and in a recent school board meeting, an attendee, Patty Crabtree asserted, “I despise it. We're Christians, we don't believe in this all these different types of males and females, you know what we have now. We have slowly watched all of our rights, our Christian rights are being taken from us. We are tired of it.”

Despite the often vociferous protests of parents, students often are accepting of their transitioning peers. While adults, parents, judges and school officials quibble over sex organs, transition surgeries and privacy claims, many students in Missouri and Virginia generally have adopted a much more egalitarian and supportive stance.

Supporters of Lila Perry took to Instagram, Facebook, and twitter, using #LiftingUpLila to promote a support rally held earlier this month. One twitter supporter @osnapitzkevin put it quite simply, “#liftinguplila in support of lila because she deserves the RIGHT to use the female exclusive public places. she's a GIRL!”

However, Lila has also received backlash from the student body in early September, when 100 of her peers staged a walk out of Hillsboro High School. Perry said, “It feels really awful that people are going to these extremes against me, not just in school but all over the Internet...[b]ut I’ve also received so much support. It feels really surreal to be in the middle of all of this.”

In the very same state that Lila Perry struggles, Landon Patterson, a transgender girl and high school student, was voted Homecoming Queen by her peers in September.

Trans rights are likely to be “the next” civil rights battle, and for now there is not a lot of common ground for the opposing sides. It remains to be seen if transgender rights will snowball rapidly with the recent press coverage of these individual cases, or if, as with gay and lesbian rights, it will take decades to reach a nationwide movement and public policy change. While Grimm’s and Perry’s cases center around the simple need to use a restroom in peace and safety, these questions barely scratch the surface of the significant challenges that transgender people will face in the coming years.