Tom Brady Injury: Does Patriots Quarterback Have A Broken Hand? 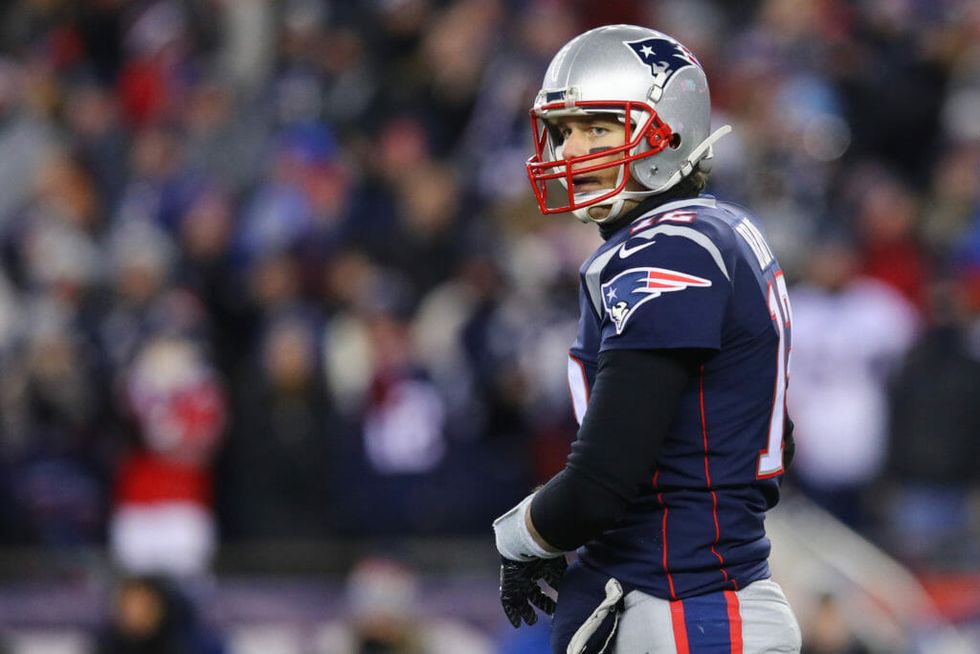 Tom Brady was limited in practice on Wednesday due to a hand injury. But the severity surrounding the situation might not end there. Reports surfaced Wednesday that Brady also missed a press conference in order to meet with the team's medical staff. The Guardian has a bit more information on the subject.

Though Brady was listed on the injury report several times during the latter half of the season with injury concerns surrounding his achilles tendon and his left shoulder, he never missed a game the entire season. In fact, Brady hasn't missed a single playoff game through the entirety of his 18-year career.

We should take care to note that dystnow.com isn't a highly reputable source; the credibility of this claim is therefore questionable, particularly being that it wasn't reported anywhere else. But Brady has now been limited in practice and missed a press conference due to a hand injury; it's easy to wonder whether or not that's a coincidence.

The 40-year-old Brady is widely regarded as one of the greatest quarterbacks of all time. The lifetime New England Patriot boasts a QB record of 196-55. Last season, he led a dramatic comeback win against the Atlanta Falcons in the Super Bowl. That feat earned him his fifth championship ring. His hypothetical absence in the NFC Championship Game would prove a crushing loss for the Patriots; their backup QB is Brian Hoyer, who's a steep downgrade from Brady. Coach Bill Belichick and his teammates will surely be hoping Brady will be okay to play on Sunday.