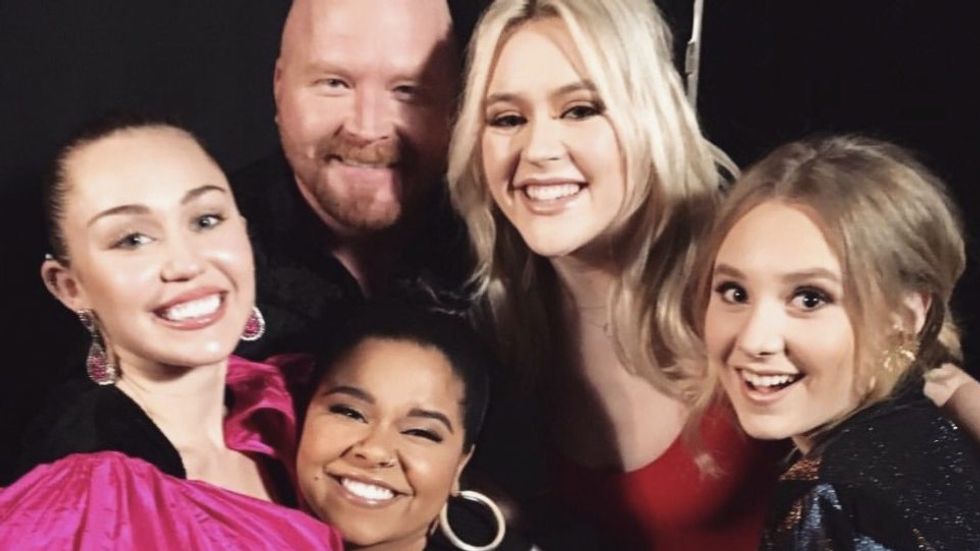 We're getting down to the wire on The Voice.

Tonight, four artists advanced to the finals: Chloe Kohanski, Brooke Simpson, Addison Agen and Red Marlow. Who was voted off?

Last night, many contestants delivered their best performances of the season. Stress levels were high as everyone waited to see who would be going home tonight on The Voice.

First, Carson Daly revealed that Chloe Kohanski, from Blake's team, is the first to advance to the finals. Chloe topped the iTunes charts after the December 11 episode of The Voice.

Next, audiences witnessed a spectacular performance by XAmbassadors, Machine Gun Kelly, and Bebe Rexha. Then, we learned that young Addison Agen made it through to the finals, as well.

After Jennifer Hudson's performance of her new song, "Burden Down," Carson revealed that Brooke Simpson made it through, joining Addison and Chloe.

In an extremely emotional showdown, Adam, Noah and Red sang it out for a chance to advance to the finals. Consequently, Keisha Renee and Davon Fleming were sent home. Red sang a rendition of "Dixieland Delight," Adam followed with "Here's a Quarter," and Noah sang "Sign of the Times." By 8:45pm, #VoiceSaveNoah was trending on Twitter with over 695k tweets. Red, however, was the one voted through on tonight's episode of The Voice.

Addison, 16, is from Fort Wayne, Indiana. She had never been on a plane before flying out to audition for The Voice.

Addison is part of Adam Levine's team this season on The Voice.

Chloe is a finalist on Blake Shelton's team. The 23-year-old hails from Nashville, Tennessee, and has been singing virtually her whole life.

Chloe chose Miley Cyrus as her coach during the blind auditions. She was stolen by Blake in the Knockout Rounds.

Brooke, 26, is from Hollister, North Carolina. A Native American from the Haliwa-Saponi tribe, Brooke grew up on tribal grounds with 4,000 Native Americans.

Brooke's performance of "Amazing Grace" last week sent her to No. 2 on the iTunes chart, just behind Beyoncé.

Red has been singing and songwriting for 15 years. He is from Rogersville, Alabama, and is working hard to break through as a solo artist.

Next week on The Voice, Chloe, Brooke, Addison and Red will face off. Certainly, the experience will be unnerving. But if the final contestants have proven anything, it's that they know how to deliver under pressure.