The Deficit Is Falling, but Ignorance Is Rising - and That’s No Accident 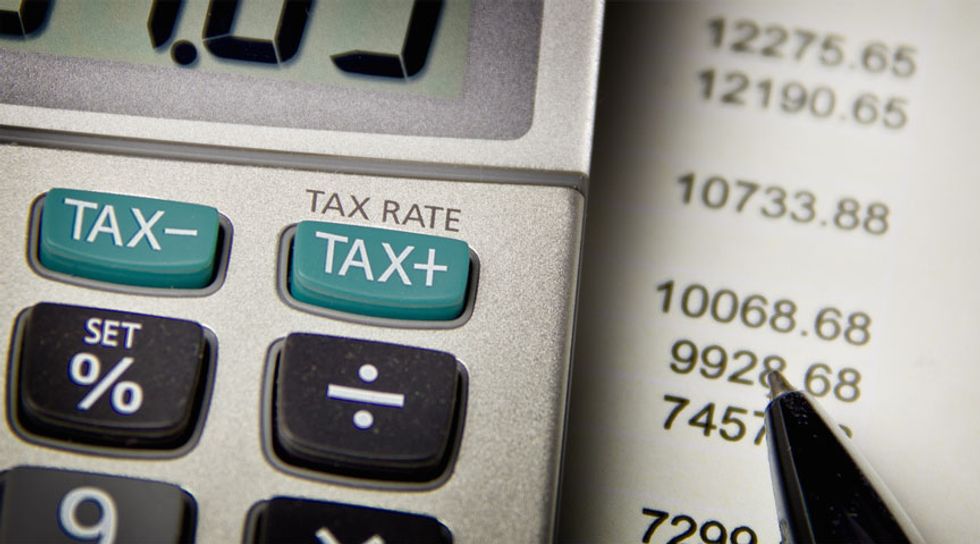 The way people talk about how much the federal budget deficit is rising, you’d think the sky was falling. In fact, a Bloomberg Politics Poll shows that neither is true.

As noted by The Rachel Maddow Show, 73 percent of Americans don’t know that the federal deficit it has shrunk every year since 2011, and is less than half the size that it was in 2009. In fact, they think it’s getting larger.

According to NPR, the deficit is expected to fall in 2015 as well.

That misconception matters. “If Americans believe, incorrectly, that the deficit is getting bigger, and they also consider this a bad thing, these same voters may be inclined to vote for candidates who’ll slash public investments and undermine social-insurance programs,” Steve Benen wrote on the MaddowBlog. “And that has real-world consequences.”

It’s not just the public that’s confused. Numerous presidential candidates this year have made the budget deficit a regular talking point, by conflating the notion of “debt” with “deficit.” According to National Review, Jeb Bush has talked about the need to shrink entitlements in order to reduce our debt; Rand Paul has claimed that “the number-one threat to our national security is our debt,” even as deficits go down; and Marco Rubio has called it “the real defining issue of our time.”

The “deficit” and “debt” are not identical, but as one causes the other, reducing deficits is a sign of progress on the debt.

All of which leads Meridian Wealth to suggest that the reason why nobody’s talking about how much better our deficit situation has become is that it’s harder to score political points when the deficit is retreating faster than expected.

from the alleged tripwire,” Scott Dauenhauer wrote on The Meridian Blog.

That said, the federal debt still is increasing – even if at a slower rate – and Business Insider reports that while the deficit is expected to continue shrinking through 2016, it will begin to rise again as Baby Boomers increase the rates of collection for Social Security and other entitlement programs.

But that might be okay. Princeton economist and New York Times columnist Paul Krugman has written a number of columns pointing out that during periods of global recession like this one, deficits and debt can actually increase economic viability. Countries that have embraced austerity (like Greece and Ireland) have done poorly, while the nations that have temporarily allowed their deficits to rise (as the U.S. did between 2008 and 2011) have been leading the global recovery.

In a column called “Debt Is Good,” Krugman wrote: “(M)any economists argue that the economy needs a sufficient amount of public debt out there to function well. And how much is sufficient? Maybe more than we currently have. That is, there’s a reasonable argument to be made that part of what ails the world economy right now is that governments aren’t deep enough in debt.” The idea is to grow your debts during recessions, and pay them off during boom times.

National Debt Clock outside the IRS office in NYC, April 20, 2012. Via Wikimedia Commons

But these are arguments that can be made only by an informed public. The problem, as Bloomberg notes, is precisely that the public doesn’t have its facts right. This was found to be true of several contentious areas, including immigration which, of course, is another political hot point. Here, the survey found that the public believes President Obama has deported fewer undocumented immigrants than were deported 10 years ago, when in fact he has deported more.

It may be no accident that it is these controversial issues that the public is most confused about: the perception that the sky is falling may be better than the truth at mobilizing votes. In which case ignorance about important subjects isn’t an accident so much as a campaign strategy.