The United States continues to grapple with the pandemic that's killed over 500 thousand Americans, unemployed millions more, and kept thousands of children out of in-person learning for more than a year.

But for Republicans scrambling to hammer home the talking point that Democrats are hell-bent on keeping the United States closed, that timeline isn't quick enough.

In a Sunday tweet, the official account for the Republican party slammed the ongoing closure of schools across the country, but with a devastating typo. 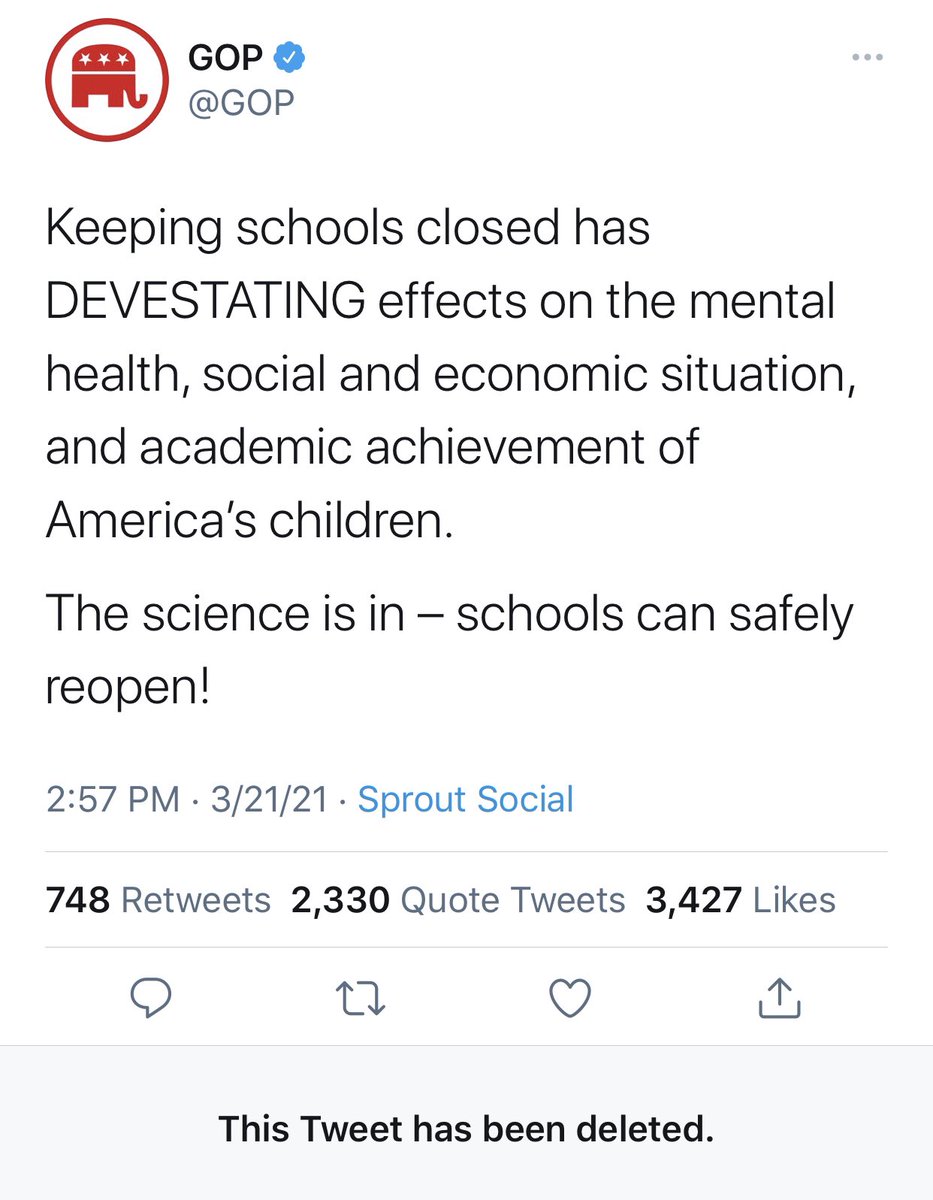 The ill-advised tweet misspelled the word "devastating" while emphasizing the importance of in-person education.

The GOP deleted it, but not before Twitter mocked it mercilessly.

Hey @GOP, instead of trolling Democrats on Twitter, why not take online writing classes so you could learn to spell devastating.
— David Weissman (@David Weissman) 1616356250.0

The typo led some to draw conclusion's about the intelligence of the party's leaders.

The GOP spelled "devastating" as "DEVESTATING" while talking about school closures causing problems with academic a… https://t.co/4IXkwJYfmC
— JRehling (@JRehling) 1616357463.0