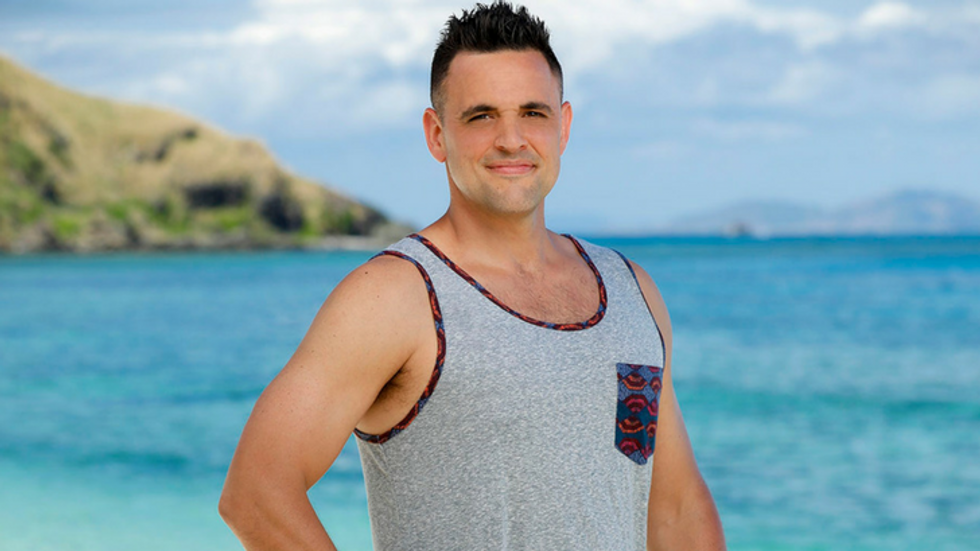 In the two-hour premiere of Survivor: Ghost Island, Brooklyn-native Domenick Abbate of the Naviti tribe grew paranoid that he would be the first to go. His worry was for good reason as he had been the only one to critique tribe leader Chris Noble for having forfeited a challenge for the sake of keeping fishing equipment. In the middle of the night, he scoured the island in search of the coveted hidden immunity idol and, much to his surprise, found it.

Rather than gloat about his discovery, he initially hid it from the tribe. Then, after a brief and cordial conversation with Chris in which he lied about finding the idol, he decided the best tactic was to reveal his secret. When he did, though, he took a page from Jacob’s playbook and crafted a fake idol to show to the tribe leader and create a sense of comradery. Though Chris is initially put off by Domenick’s lie, he seems to take the bait, which leaves viewers speculating just how long Domenick can keep up his ruse. Will Chris even keep it a secret, or will he report back to Sebastian, with whom he bonded earlier in the episode?

The /r/survivor Reddit had some interesting theories as to how Domenick’s fake idol will play out as the series progresses. While it’s likely that the idol will at least be mentioned in the next episode of Ghost Island, Reddit user Drumcode-Equals-Life suggests that Domenick may be scheming “for the long play" and will give Chris the fake idol at some point. Fellow user RobbedPintoBean echoes these scenarios, predicting the idol will be given to gain trust.

Former contestant Joe Mena from the Survivor podcast, Rob Has a Podcast, proposed a third, scandalous theory that would explain why Chris seemed to ask Domenick about the hidden idol. Joe believes it’s possible that Chris followed Domenick on his idol hunt without a cameraman noticing. During Survivors: Heroes vs. Healers vs. Hustlers, the former contestant was able to follow Mike Zahalsky on his late night hunt for the hidden idol and remain unseen.

To see what may happen with Domenick’s idol and his budding relationships with Chris, tune into Survivor: Ghost Island at 8 pm EST on CBS.