'Star Wars Battlefront 2': How Long Is the Game? 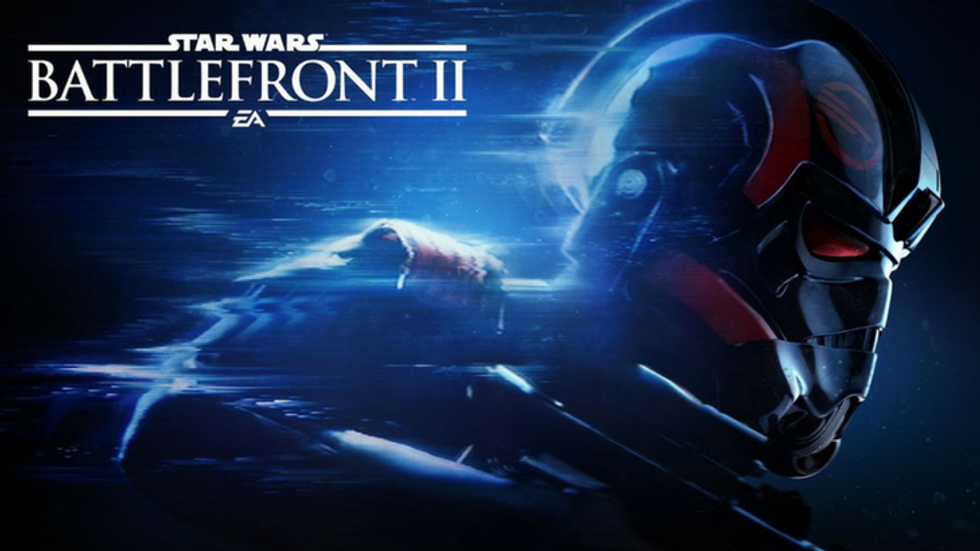 On Nov. 17, 2017, PS4, Xbox One, and PC gamers will return to a galaxy far, far away with the release of Star Wars Battlefront II. In the follow-up to EA Dice’s ill-received reboot, players will battle on worlds from The Force Awakens, the prequels, and the original trilogy and also tackle a canonical campaign. Filling the hole between Return of the Jedi and The Force Awakens, Battlefront II’s campaign, which follows the Empire’s special operations team Inferno Squad, is just one mode of a much larger experience.

Accompanying the campaign are two additional game types - Arcade and Multiplayer - which all meld together to create a potentially lengthy gaming experience. How long Star Wars Battlefront II’s overall experience is will vary from gamer to gamer, but campaign length is a point of interest among prospective players.

In an interview with Press Start, Motive Studios’ producer David Robillard discussed the story, stating that the development team “thought that around 5 – 7, maybe 8 hours, is probably a good amount of time.” For a full-length game, those numbers may draw concern, but Robillard goes on to explain that the team “wanted to stay very driven towards the Star Wars fantasy” and wanted to avoid drawing it out.

Beyond the single-player campaign, players will also engage one another in a series of multiplayer matches over five different match types. Galactic Assault pits players in a 20v20 battle for control of the map and tends to result in the longest matches but gamers will also square off in Starfighter Assault, the 8v8 Strike mode, Blast, and Heroes vs. Villains.

Battlefront II’s multiplayer forces players into unlocking new weapons and heroes using in game credits earned after each match. Reddit user TheHotterPotato took it upon themselves to figure out how long it would take to unlock just one hero character and based on their math, the average is about 40 hours of play time per character.

In my opinion this needs to increase by at least a factor of two, maybe more.

Far too low, we will get into that in a moment.

Average Credits per Minute of Gameplay: 25.04

At first it sounds reasonable…

Almost 3 hours of gameplay required to earn a trooper crate at the current rate. I understand these values don’t include what you earn in challenges, but I am mainly doing this to figure out what it’s going to be like after the first week and I am done chasing the easy challenges and start playing the way I enjoy. 3 hours is far, far too much of a time requirement.

You read that correctly. At the current price of 60,000 credits it will take you 40 hours of gameplay time to earn the right to unlock one hero or villain. That means 40 hours of saving each and every credit, no buying any crates at all, so no bonus credits from getting duplicates in crates.

Contesting TheHotterPotato’s calculations, however, is Battlefront II developer Sean, who called out the inaccuracy in a series of Twitter posts. In one tweet, he even denied claims that the game’s structure fits a “pay-to-win” format.

The EACommunityTeam took directly to TheHotterPotato's post and issued a response. In it, they clarified the credit-based system, stating:

Heroes earned through Credits: The intent is to provide players with a sense of pride and accomplishment for unlocking different heroes. We selected initial values based upon data from the Open Beta and other adjustments made to milestone rewards before launch. Among other things, we're looking at average per-player credit earn rates on a daily basis, and we'll be making constant adjustments to ensure that players have challenges that are compelling, rewarding, and of course attainable via gameplay.

Ultimately, when Star Wars Battlefront II launches on the 17th, being so heavily focused on multiplayer, it will be up the player how long they’ll spend battling Separatist Droids and Rebel scum. The only aspect that has a solid timeframe is the campaign, and at five to seven hours, it will serve as a fine introduction to the Empire’s Inferno Squad.