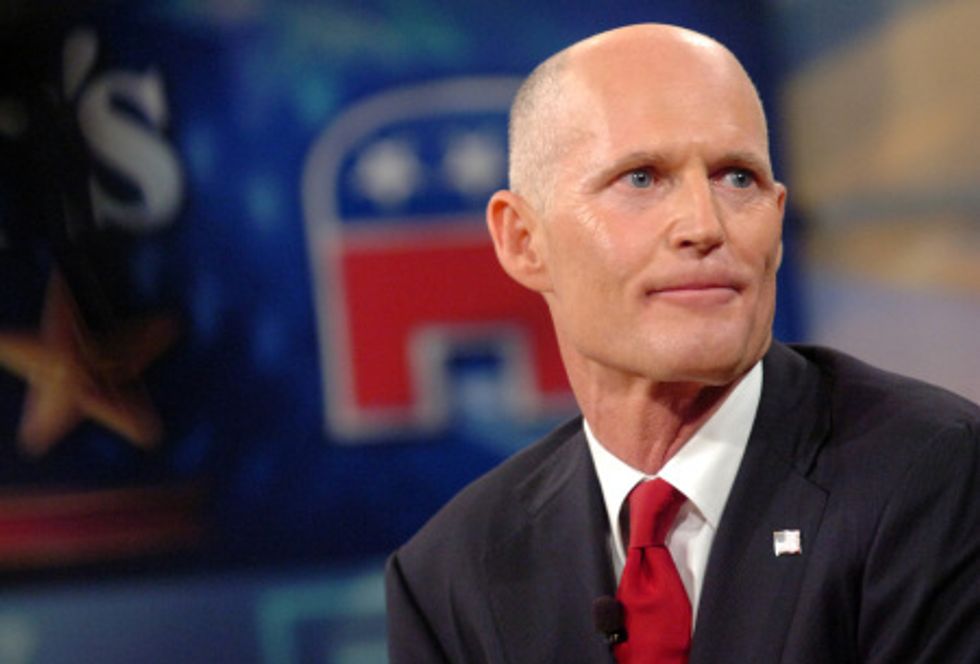 According to the National Center for Science Education,

Hearing officers will have the authority to review any instructional materials––including movies, textbooks, and novels––to which parents might object. If the hearing officer deems that the challenge is justified, he or she can require schools to remove the material. They can remove material on the belief that the material is “pornographic” or “is not suited to student needs and their ability to comprehend the material presented, or is inappropriate for the grade level and age group." Any parent or county resident can file a complaint, even if they don't have a child enrolled in the school system.

In May, Representative Donalds insisted that the bill was not intended to target any particular subject. Affidavits filed by supporters of the bill, however, suggest that science education will face considerable challenges. For example, an affidavit filed by Lynda Daniel, a resident of Marin County, admonishes the school board for its use of a textbook she believes promotes a "Nihilist, primitivist, de-growth, anti-development, anti-capitalist viewpoint which leaves the impression that the world was much better off when humans lived in small, isolated groups of hunter-gatherers":

Humans are just another animal, who, through a quirk of evolution, popped out a brain that allowed for self-awareness, high-level, organized thought processes, and speech, thus being able to unfairly dominate the planet. In the grand scheme, all of humanity is fleeting and its time will pass, each life is infinitesimally insignificant, and since humans are nothing more than animals, nothing anyone does really matters anyhow. While the authors clearly have this view, it is biased, unacceptable, and unethical to present only their opinion/belief and ignore the beliefs of a great percentage of others. Believe it or not, it is possible to present FAIRLY multiple points of view; here's a 90 second attempt: 'many of the great faith traditions hold that humankind was created by a holy, omniscient, omnipotent deity who created humans in its own image and imbued them with an eternal soul. That soul, along with self-awareness and the abilities to reason and communicate, is what separates humans from animals, and, in these traditions, places them at 2 the pinnacle of creation. Humans are therefore able to, designed to, and supposed to ponder, seek, and strive for the good, the right, the virtuous, the just, and the beautiful, and to understand things larger than themselves and the here and now, and are guided to act in ways honoring those concepts.' That took me literally 90 seconds to write off the top of my head. You think these entrenched, connected, highly paid 'Big Ed' textbook publisher cabals might be able to write something similar?

An affidavit from Mary Ellen Cash, a Collier County resident, charges that evolution and global warming were taught as “reality.” Still another affidavit––this one from Collier County resident David P. Bolduc––complains that an 8th-grade U.S. History textbook "teaches the children to glorify 13th century Muslim Kings of West Africa" and that it "teaches the children to be subservient to a despotic U.S. president" by teaching them about the president's ability to issue executive orders.

In a blog post, Brandon Haught, of Florida Citizens for Science, a group of parents and teachers advocating for science education, condemns the new legislation. "This means our fight is only just now beginning," he wrote. "Each and every one of us has to be on alert. You must keep an eye on your local school board and everyone who brings forth a complaint about textbooks. If you don’t, we truly lose. At this point the fight is at the local level. If you’re not there and willing to stand up for sound science education, then we’re done."

Florida is particularly vulnerable to climate change, and increased flooding in coastal cities such as Miami has already shown some residents the dangers of ignoring or neglecting environmental science. Researchers believe that Miami could see nearly two feet of sea level rise by 2060, an increase which could prove disastrous for residences and businesses along the coastline.

Perhaps the most comprehensive study estimating economic damage from climate change to date was published in Science last week. It found (among other things) that Southern states––particularly Florida––are the most vulnerable, and that there is an economic cost of about 1.2 percent of gross domestic product (GDP) for every 1°C  rise in temperature.