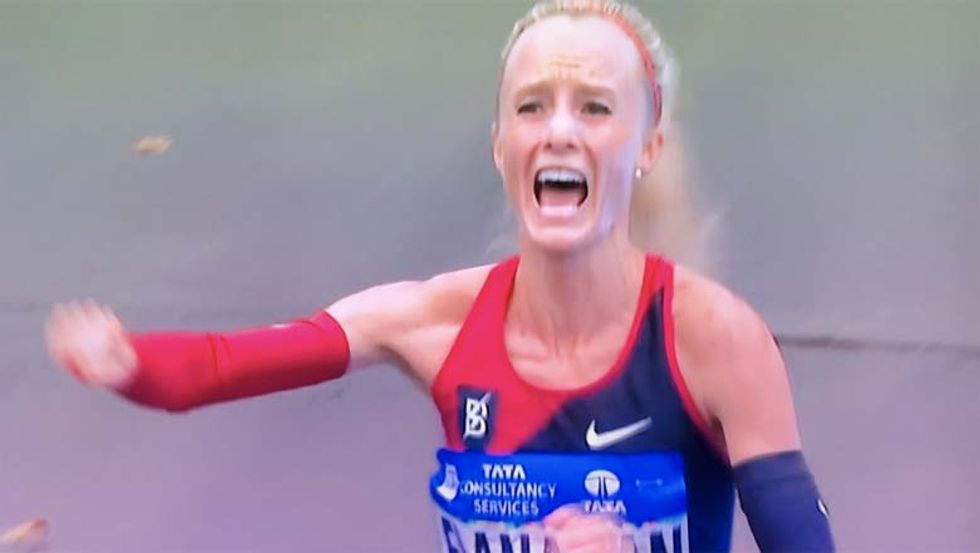 Shalane Flanagan became the first woman to win the TCS New York City Marathon since Miki Gorman in 1977. According to the New York Times, Flanagan was second in her marathon debut in New York in 2010. This year, Flanagan beat Mary Keitany, the 35-year-old Kenyan who has won the marathon the past three years in a row, reports ABC 7. It was her second attempt at the five-borough race in the city.

Prior to her November 5 win, Flanagan won silver at the 2008 Olympics in the 10,000-meter race and bronze at the 2011 IAAF World Cross Country Championships.

Flanagan is 36 and grew up in Marblehead, Massachusetts but resides in Portland, Oregon. She attended the University of North Carolina-Chapel Hill where she competed in and won national cross country titles in 2002 and 2003.

According to the official marathon website, "The first New York City Marathon, organized in 1970 by Fred Lebow and Vince Chiappetta, was held entirely in Central Park. Of 127 entrants, only 55 men finished; the sole female entrant dropped out due to illness."

This year more than 50,000 runners took the 26.2-mile course that begins at the foot of the Verrazano-Narrows Bridge in Staten Island and ends on West Drive in Central Park, near Tavern on the Green.

This year, security has been especially tense for the race after the Halloween terrorist attack by Islamic State “lone wolf” Sayfullo Saipov. On Halloween afternoon, Saipov, an Uzbek immigrant who had been living in New Jersey with previous residences in Florida and Ohio, deliberately drove a rented Home Depot van down a bike path for a mile in the Tribeca area of Manhattan. After the attack, Saipov leaped out of the van with a BB or pellet gun and shouted, “Allahu akbar,” or, “God is great” in Arabic.

Fortunately, the race today went off without any sort of attack.