Surgeons Just Directly Injected Stem Cells Into Patients With Strokes and MS. Is a Cure Now Within Reach? 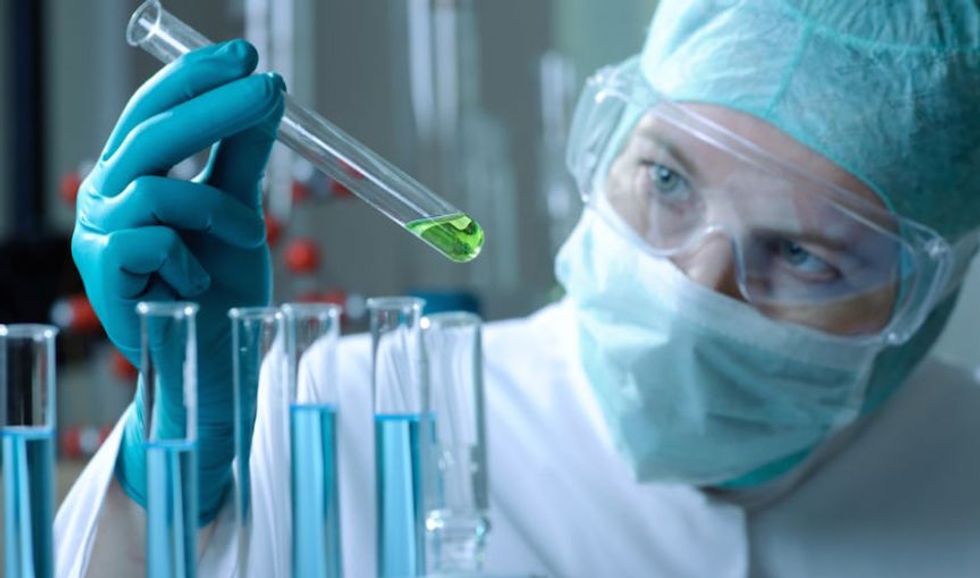 Stroke patients treated with a direct injection of stem cells to the brain saw significant improvements in motor function in a study reported this month in the journal Stroke. The study involved 18 patients who had passed the six-month mark after their stroke — the period of time after which improvements are rare and treatments typically stopped. Some of the patients were as much as three years past their stroke. Even these patients experienced restored functions.

Gary Steinberg, the study's lead author and chair of neurosurgery at Stanford, said that 7 of the 18 patients experienced significant improvement following the treatment, which was a simple, same-day operation during which the patients were conscious. "Their recovery was not just a minimal recovery like someone who couldn't move a thumb now being able to wiggle it. It was much more meaningful. One 71-year-old wheelchair-bound patient was walking again," he said.

“Patients improved by several standard measures, and their improvement was not only statistically significant, but clinically meaningful,” Steinberg explained. “Their ability to move around has recovered visibly. That’s unprecedented. At six months out from a stroke, you don’t expect to see any further recovery.”

Sonia Olea Coontz, of Long Beach, California, had a stroke in 2011 and enrolled in the Stanford trial after learning about it online. “My right arm wasn’t working at all,” said Coontz. “It felt like it was almost dead. My right leg worked, but not well. I used a wheelchair a lot,” she said. “After my surgery, [my limbs] woke up.”

The treatment involved the injection of mesenchymal stem cells from two donors, harvested from bone marrow and modified to alter the cells’ ability to restore neurologic function. Steinberg said that factors secreted by the mesenchymal cells during their early postoperative presence near the stroke site stimulates lasting regeneration or reactivation

of nearby nervous tissue. Side effects were minimal and limited primarily to temporary headaches related to the procedure.

The original study was primarily intended to test the procedure’s safety, but the results were so impressive that Stanford is expanding the study for a new round of patients, aiming for 156 participants. Each year, more than 800,000 people in the U.S. alone suffer a stroke, and more than 7 million patients in the U.S. are classified as chronic stroke victims, meaning they continue to endure lasting impairments after their initial stroke experience.

Stem Cell Treatments Could Stop the Progression of MS

Stroke patients aren’t the only ones who stand to benefit from new breakthroughs in stem cell treatments. In 2015, remarkable results of another stem cell study gave new hope to the 2.3 million people currently living with multiple sclerosis. A clinical study led by Richard A. Nash of the Colorado Blood Cancer Institute found that a treatment known as high-dose immunosuppressive therapy (HDIT), coupled with stem cell transplants and various forms of chemotherapy in some of the patients, halted the progression of the disease in the majority of 24 volunteer patients. The researchers reported in a paper published in JAMA Neurology that three years after completing the treatment, 86 percent of the volunteers have avoided relapses, and almost 91 percent have so far shown no signs of their MS progressing.

The patients involved in the study had the most common form of the disease, known as relapsing-remitting MS (RRMS). To qualify, they had to have already tried — without success — at least one FDA-approved disease-modifying drug. They also had to score between 3.0 and 5.5 on the Expanded Disability Status Scale (EDSS), a set of tests to measure walking, cognition, dexterity, and quality of life in MS patients. People who fall into this range

typically have a mild to moderate level of disability.

When their immune systems were sufficiently restored — after a four-week hospital stay — they could return home. Side effects included gastrointestinal disruptions, but the researchers say that with monitoring, these effects were minimal, especially in light of the huge positive benefits most patients experienced.

One of the patients, founder of ActiveMSers Dave Bexfield, went from being housebound at times before the study to an active sports lifestyle, including biking, hiking and snowboarding. He also conducted a high-profile fundraising campaign to help fund his involvement in the study after his insurance company refused to pay for it. Their denial was based on the fact that study involved his own stem cells; they would pay if the treatment involved donor cells. Ultimately, they reversed their decision.

The results of these studies and others suggest that new treatments are on the horizon for a wide variety of diseases and disorders, including those impacting the brain, such as traumatic brain injury, spinal cord injury and Alzheimers. Scientists aren’t yet using the word cure, but stem cell treatments may be the next best thing.