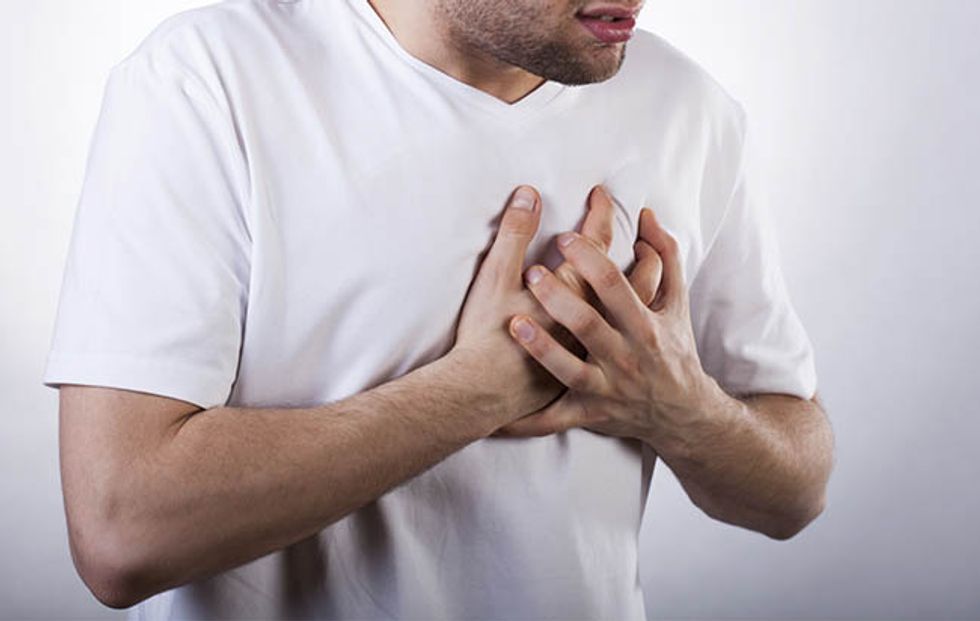 People suffering from heartburn might think twice about turning to a popular type of heartburn medicine known as proton pump inhibitors (PPIs) for relief. The medications, available both as prescription and over the counter, are used by 8 percent of the U.S. population, according to a 2012 study published in the Journal of the American Medical Association. Popular names include Prilosec, Nexium and Prevacid. Researchers have suggested a link between PPIs and many serious health problems, ranging from heart attacks and kidney disease to dementia.

In a study spanning five years of nearly 200,000 patients treated through the Department of Veterans Affairs, researchers found a 20 percent higher risk of kidney disease in those who took PPIs compared with patients treated with a different class of heartburn drugs called H2 blockers. Popular H2 blockers include Pepcid AC and Zantac.

Elderly patients treated for heartburn with PPIs experienced higher rates of dementia, according to researchers at the German Center for Neurodegenerative Diseases in Bonn, who studied more than 73,000 cases. They found that patients who filled a prescription for a PPI at least once every three months were more than 40 percent more likely to develop dementia than their PPI-free counterparts.

In the new issue of Circulation Research, scientists present a possible theory behind the connection between PPIs and these health problems. They speculate that PPIs may leave a coating on the inside of blood vessels that makes it more difficult for blood to circulate easily. These “cluttered” vessels function less efficiently and exhibit damage at an earlier age. “The authors present a compelling story,” says Ziyad Al-Aly, a nephrologist at the Veterans Affairs Saint Louis Health Care System in Missouri. However, he notes, the study was conducted using isolated cells, not on people.

PPIs ease heartburn by switching off the molecular systems that pump acid into the stomach. This creates an environment in which there is less acid to splash up and irritate

the esophagus. Researchers noted that cells treated with PPIs aged more rapidly and lost their structure, as well as the ability to split off into new cells.

People who use PPIs don’t absorb iron, magnesium, or vitamin B12 as well as those who don't use these medicines. Not absorbing those minerals could eventually lead to deficiencies.

PPIs may also interfere with the body’s ability to absorb calcium and build bone. The FDA has warned that taking a PPI may increase the risk of osteoporosis and fractures.

“These are very powerful drugs — they’re not Tums,” says study coauthor John Cooke, a cardiologist at Houston Methodist Research Institute in Texas. “They have side effects.”

Cooke said the rapid aging of cells under the influence of PPIs begins in acid-filled cellular chambers called lysosomes. These chambers help the body dispose of waste products, such as broken-down proteins. When the chambers were exposed to PPIs, they lost the ability to move waste out of the system, causing proteins to pile up, forming “little heaps of rubbish,” Cooke says.

However, not all doctors are ready to vilify PPIs. They are highly effective in treating acid reflux, a condition that can severely impact quality of life for some patients. “Everybody and their mother now want to hammer PPIs,” says gastroenterologist David Metz of the University of Pennsylvania. “It’s unfortunate because they’re spectacular drugs and they save people’s lives.”