Popular Vitamin Supplement Appears To Cause Lung Cancer In Men 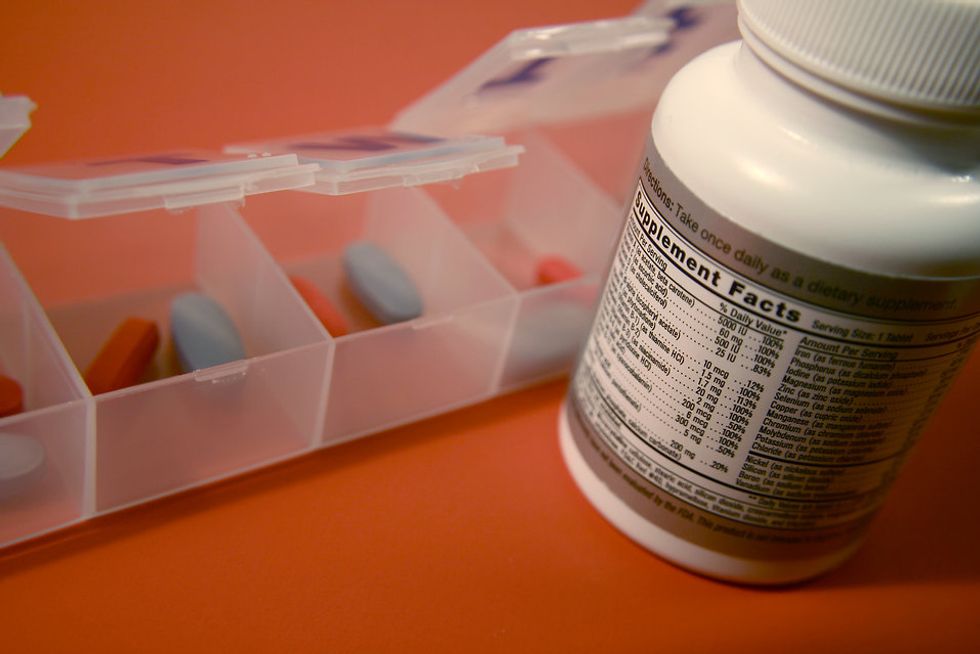 A popular vitamin supplement thought to increase energy appears to double, and in some cases quadruple, the risk of lung cancer in men.

Vitamins B6 and B12, naturally found in grass-fed meats and seafood, have long been sold in both pill and liquid form as energy and metabolism boosters. The Dr. Oz Show even dedicated a 2012 segment to increasing B12 levels, where advice included considering shots and supplements. Vegans, whose diets eschew animal products, are also often told to consume supplemental vitamin B12 since the nutrient is most commonly found in meat.

"This is certainly a concern worthy of further evaluation," said Theodore Brasky, a cancer researcher at Ohio State and one of the study authors.

B-vitamins are also a common additive in popular energy drinks. For instance, a 12-ounce can of Red Bull contains 119 percent of a person’s daily recommended value of B12, and 360 percent of the daily value of B6. A single serving of Zipfizz, an energy-drink mix sold on bodybuilding sites and at neighborhood drugstores like Walgreens, contains 41,667 percent of vitamin B12, or 2,500 mcg.

This is not the first time B-vitamin supplements have come under scrutiny. A 2009 study in Norway found that consumption of vitamin B12 supplements along with folic acid resulted in increased mortality and cancer risk — the largest risk being lung cancer.

The recent study found no statistically significant risk for women, though it’s unclear why this is the case. Dr. Brasky, the study co-author, theorized that B-vitamins “contribute enzymes and coenzymes to a metabolic pathway that breaks down folate in order to make the bases that comprise DNA.” Because smokers are already regularly exposed to DNA-damaging carcinogens through cigarette smoke, anything that affects cellular processes could open the door to the DNA mutations that cause cancer.

“Regardless of how much a person smokes, if a man is taking a high dose of these vitamins, they’re the ones who are at the most risk,” said Dr. Brasky. “If they’re concerned, they should cut back to something like a multivitamin or simply just get their nutrient from diet like they’re probably already doing.”12-B6-