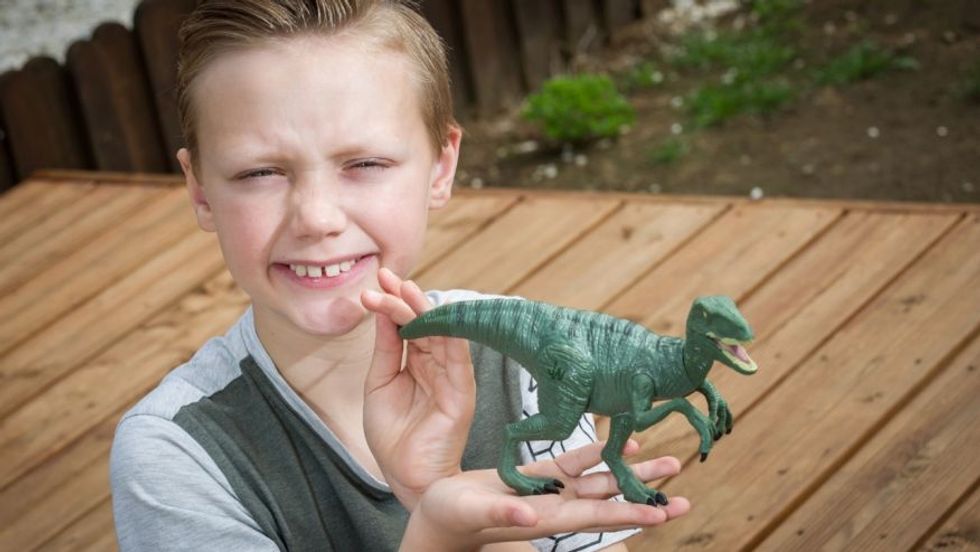 The Natural History Museum in London, England has had to correct one of its dinosaur displays after Charlie Edwards, a 10-year-old dinosaur enthusiast, noticed a mistake. While on a visit with his parents, Charlie noticed that one of the display images was not of Oviraptor, the dinosaur the illustration claimed to represent. Charlie, who is a savant, realized the image was of Protoceratops and reported the error to museum staff. The two dinosaurs have numerous distinct differences.

Oviraptor, whose name means egg thief, lived in China and Mongolia during the late Cretaceous period, roughly 85 million - 75 million years ago. Feathered with short arms, this 2-meter long ancestor of modern-day birds had a toothless beak-like mouth which, like some birds today, enabled it to crush hard objects like nut casings and perhaps the shells of its prey.

The bird-like beak has led to speculation about the dinosaur’s diet; since the beak resembles that of birds, it is thought to have been an omnivore with a diet possibly consisting of nuts, berries, eggs, and, perhaps, meat.

Protoceratops, which the museum mistakenly labeled Oviraptor, also roamed Asia during the late Cretaceous period around 70 million years ago. This 4-legged herbivore has been thought to be the ancestor of Triceratops; it walked on four legs and had a bony frill protruding from the back of its head. Protoceratops measured 6-8 feet long and weight about 2,000 pounds, which would make it the size of a very large sheep.

Similarly to Oviraptor, this dinosaur had a bird-like beak, but unlike its distant 2-legged cousin, had a mouthful of teeth which it used for its vegetarian diet. They are believed to have been herding animals, having roamed in groups of 6 or more.

Following Charlie’s astute observation, officials the London Museum updated the inaccurate display and thanked him for his contribution.