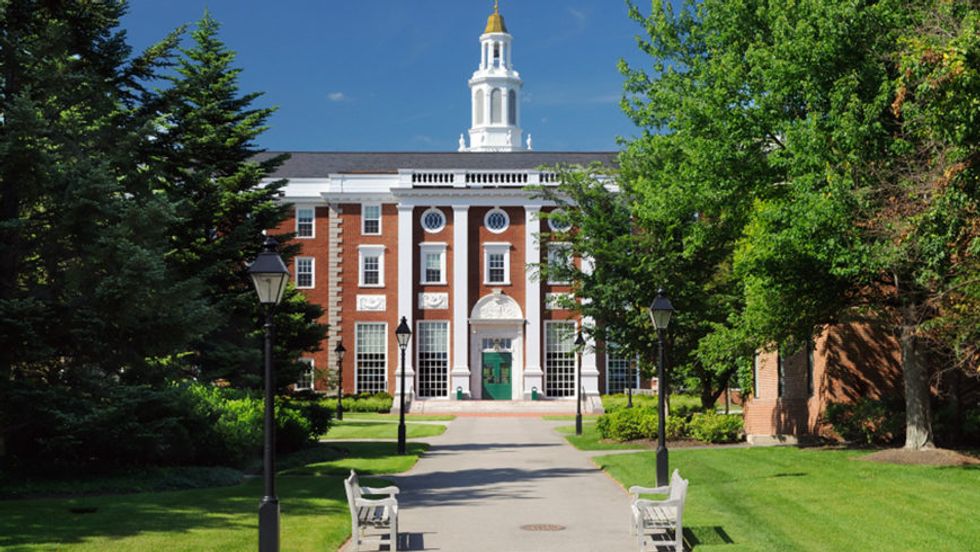 According to The Crimson, Harvard's main student newspaper, the group was an offshoot of a "roughly 100-member messaging group that members of the Class of 2021 set up in early December to share memes about popular culture."

“A lot of students were excited about forming group chats with people who shared similar interests,” incoming freshman Jessica Zhang wrote in an email. “Someone posted about starting a chat for people who liked memes.” She said messages shared in the original group were mostly “lighthearted." She did not join the offshoot group and did not have her admission offer rescinded.

Student Cassandra Luca said the founders of the “dark” messaging group required that students post provocative memes in the larger messaging group before allowing them to join the offshoot group.

“They were like, ‘Oh, you have to send a meme to the original group to prove that you could get into the new one,’” Luca said. “This was a just-because-we-got-into-Harvard-doesn’t-mean-we-can’t-have-fun kind of thing.”

Students who posted offensive memes received an email from employees with the school's admissions office asking them to disclose every picture they sent over the group, according to a member of the chat who had their admission offer revoked and spoke to reporters on condition of anonymity. The email reads, in part:

The Admissions Committee was disappointed to learn that several students in a private group chat for the Class of 2021 were sending messages that contained offensive messages and graphics,” reads a copy of the Admissions Office’s email obtained by The Crimson. “As we understand you were among the members contributing such material to this chat, we are asking that you submit a statement by tomorrow at noon to explain your contributions and actions for discussion with the Admissions Committee.

Some members of the Class of 2021 indicated they strongly support the decision by administrators to revoke admissions offers.

"I appreciate humor, but there are so many topics that just should not be joked about,” wrote Jessica Zhang. “I respect the decision of the admissions officers to rescind the offers because those actions really spoke about the students’ true characters. “I do not know how those offensive images could be defended."

Student Wyatt Hurt, who did not participate in the group chat, agreed. He noted that students he met at scholarship conferences who planned to matriculate at Ivy League schools agreed that “rescinding was definitely the way to go.”

"I haven’t seen any of the stuff firsthand, but I definitely think that the administration made the right choice and I think that as an incoming student—we all have our group chats and everything like that going on—we all pretty much universally agree it was the right decision,” he said.

Cassandra Luca, however, expressed mixed feelings about the decision, though she added that she supported the move if any of memes in the messaging group posed a threat to members' lives or well being.

“On the one hand, I think people can post whatever they want because they have the right to do that,” Luca said. “I don’t think the school should have gone in and rescinded some offers because it wasn’t Harvard-affiliated, it was people doing stupid stuff.”

Alan Dershowitz, an emeritus professor at Harvard Law School who has defended high-profile clients, including O.J. Simpson, told reporters that losing admission to Harvard was a “draconian punishment” for “very bad taste jokes that students were sending to each other."

“It sounds like Harvard is intruding too deeply into the private lives of students,” he said. “It may affect them for life."

Harvey C. Mansfield, one of the school's more outspoken conservative staff members, expressed similar sentiments. The bounds of what is offensive have been extended and distorted, and I no longer trust the bent judgment of politically correct enforcers," he said.