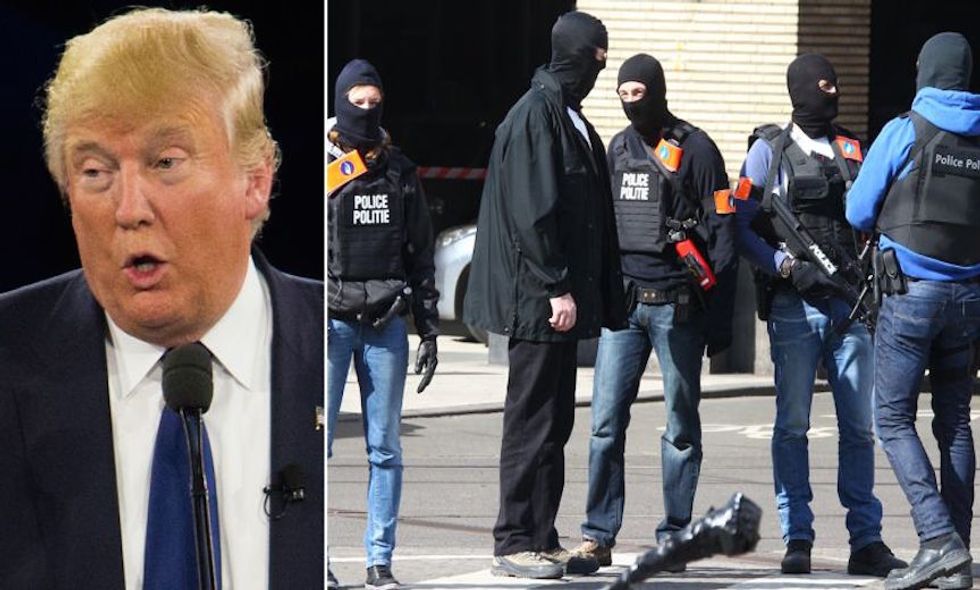 Brussels, the Belgian capital and home to the European Union, was shaken by a series of explosions Tuesday morning that left more than 30 people dead.

The bombings began with two explosions, at least one likely the result of a suicide bomber, at the airport, killing at least 11 and injuring more than 100. They were followed an hour later by a bombing in a subway station that left at least 20 dead and 130 or more people injured.

There is speculation that the attack was in response to the arrest of Salah Abdeslam, a suspect in last year's Paris attacks. Belgian police arrested the suspect four days ago.

Back in the United States, the leading Republican presidential candidates, Senator Ted Cruz and Donald Trump, spoke out against the attacks with calls for particularly harsh responses from the U.S.

In a statement on Facebook, Senator Cruz proposed immediate action in the U.S. “We need to immediately halt the flow of refugees from countries with significant al Qaida or ISIS presence.”

He went on to say that “we need to empower law enforcement to patrol and secure Muslim neighborhoods before they become radicalized.”

Condemnation was quick to follow these remarks. Jonathan Greenblatt, CEO of the Anti-Defamation League, issued a statement saying, “It is an irrational to approach that harkens back to the fear and bigotry

that led to a dark and tragic chapter in American history–the relocation of more than 100,000 Japanese-Americans to internment camps during the Second World War simply because of their ethnicity.”

Donald Trump, in a Today Show phone interview, discussed what his response to similar attacks would be, should he become president. In the segment, Trump responded to the attacks saying, “Belgium is a horror show right now.”

Trump also said that he would use torture if he were in charge of terrorism suspect Salah Abdeslam, saying, “The waterboarding would be fine and if they could expand the laws I would do a lot more than waterboarding.”

At least one terrorism expert has responded with concerns that Trump’s comments will further encourage and inspire ISIS. Head of the Terrorism Asymmetrics Project, Malcolm Nance, said, "Donald Trump right now is validating the cartoonish view that they tell their operatives… that America is a racist nation, xenophobic, anti-Muslim, and that that's why you must carry out terrorist attacks against them… It's irresponsible and it needs to stop."