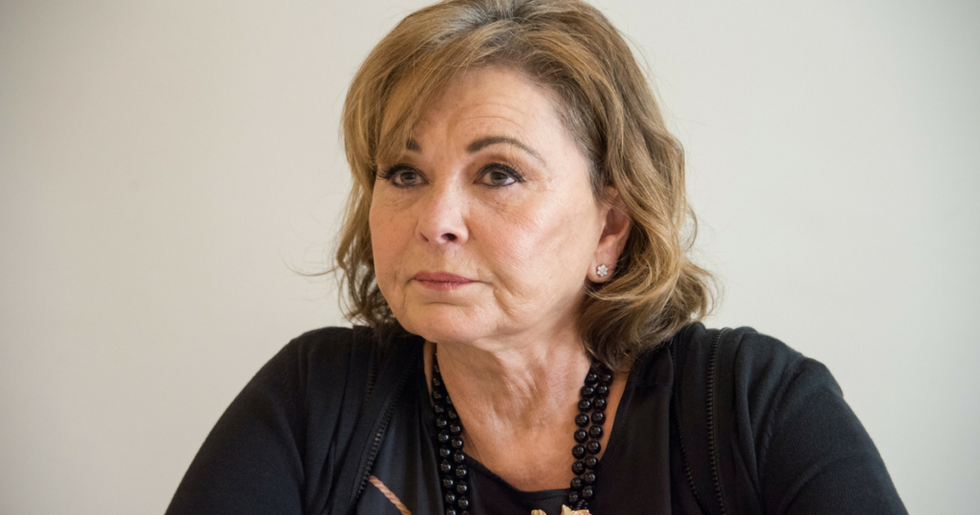 ABC announced on Tuesday afternoon that it is canceling the hit comedy "Roseanne," after star Roseanne Barr fired off a racist tweet against Valerie Jarrett, a former aide to President Barack Obama.

"Muslim brotherhood & planet of the apes had a baby=vj," Barr tweeted Tuesday morning. Shortly after intense Twitter backlash, Barr issued an apology to Jarrett, saying her "joke was in bad taste."

I apologize to Valerie Jarrett and to all Americans. I am truly sorry for making a bad joke about her politics and her looks. I should have known better. Forgive me-my joke was in bad taste.

Channing Dungey, President of ABC Entertainment, issued a statement denouncing Barr's tweet, saying that such language is "inconsistent with our values."

Roseanne's Twitter statement is abhorrent, repugnant and inconsistent with our values, and we have decided to cancel her show.

Not long after Barr's secondary Twitter meltdown, Wanda Sykes said that she will be leaving "Roseanne."

Roseanne’s recent comments about Valerie Jarrett, and so much more, are abhorrent and do not reflect the beliefs of our cast and crew or anyone associated with our show. I am disappointed in her actions, to say the least.

Roseanne’s recent comments about Valerie Jarrett, and so much more, are abhorrent and do not reflect the beliefs of… https://t.co/YEN1D0PyRX
— sara gilbert (@sara gilbert) 1527614472.0

"This is incredibly sad and difficult for all of us, as we’ve created a show that we believe in, are proud of, and that audiences love— one that is separate and apart from the opinions and words of one cast member," Gilbert added.

.@ABC, how desperate are you to profit from Roseanne’s racism? We know racism sells in this country, it always has. But you don’t have to participate in it. This apology is meaningless. Cancel Roseanne.

The revival of "Roseanne," which premiered earlier this year, has drawn audiences of nearly 20 million people and was set to enter its second season this fall. "Over 18 million people! And it was about us!" President Donald Trump said in March.

Barr has pushed conspiracy theories and pro-Trump ideologies before, but this is the first time ABC has done something besides ignoring it. One executive from Disney, which owns ABC, said the cancelation of the show is "a question of right and wrong. And it's a question of our company's values."

Positive reactions to the show's cancelation radiated through the media. "Some things apparently are more important than money, and that's heartening," CNN's Van Jones said.

Other celebrities and media personalities voiced their support for ABC's decision too.

The whole Roseanne debacle just goes to show you can't keep your job if you're a hard-core racist. Unless you're the President.
— Mikel Jollett (@Mikel Jollett) 1527617315.0

Thank you, @ABCNetwork for doing the right thing and for showing people that bigotry and racism has consequences. N… https://t.co/9BWKIyKsmc
— Alyssa Milano (@Alyssa Milano) 1527617620.0

Twitter was filled with appreciative replies from viewers as well.

@ABC Thank goodness you finally drew a line in the sand. Ignoring political comments is one thing, but her racist c… https://t.co/GjghugZ9Uz
— gm hendershot (@gm hendershot) 1527617155.0