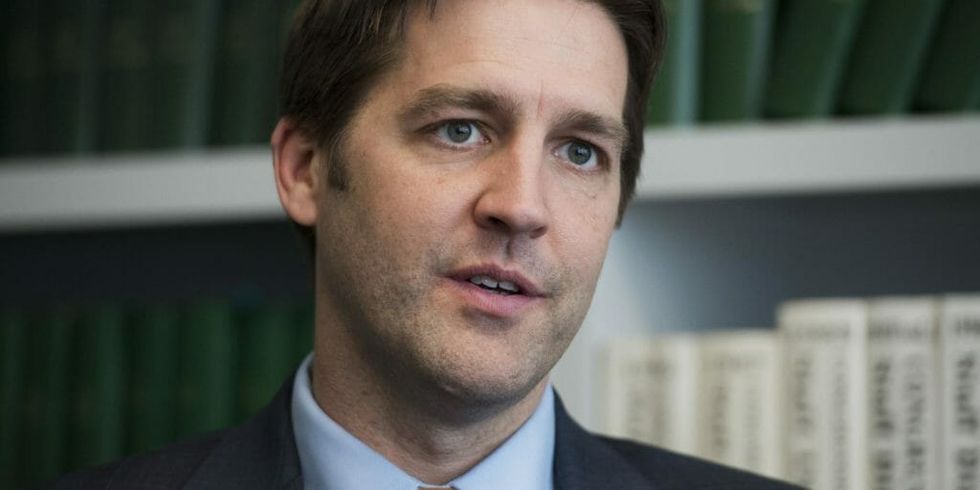 The opinion of this so-called judge, which essentially takes law-enforcement away from our country, is ridiculous and will be overturned!
— Donald J. Trump (@Donald J. Trump) 1486213922.0

Sasse, who often criticized Trump during his insurgent campaign and wrote in Mike Pence for president, admitted Trump's administration rolled out his executive order in a "clunky" way but praised Trump for advocating stricter border control.

"We haven't taken borders seriously enough, and we haven't done enough vetting of a lot of folks trying to come to the U.S., especially from nations that have failed states," Sasse said. “I think the administration has taken some important steps to improve upon the clunkiness of the initial weekend."

Sasse also had kind words for Neil Gorsuch, Trump's nominee for the Supreme Court. As a member of the Judiciary Committee, Sasse will help conduct a review for Gorsuch, who until his nomination, presided in the Tenth Circuit Court of Appeals in Denver, Colorado.

“Judge Gorsuch is a rock star and I applaud the president for this pick,” Sasse said. “This is the kind of guy that the founders envisioned serving as a judge. He affirms the three branches of government and wants to defend individual rights and uphold the Constitution. Everybody across the political spectrum should celebrate him.”

But when Stephanopoulos asked about comments Trump made regarding Russian leader Vladimir Putin, Sasse said, "I don't know what the president is trying to do with statements like he allegedly has on O'Reilly." (When Fox News' Bill O'Reilly called Russian president Vladimir Putin a "killer," Trump responded, "A lot of killers. We got a lot of killers. What, you think our country's so innocent?")

"Let's be clear," Sasse said. "Has the U.S. ever made any mistakes? Of course. Is the U.S. at all like Putin's regime? Not at all. There is no moral equivalency between the United States of America, the greatest freedom-loving nation in the history of the world and the murderous thugs that are in Putin's defense of his cronyism," the senator said. "There's no moral equivalency there."

"Are Senate Republicans in the same place as President Trump on the issue of Russia?" Stephanopoulos asked.

"I don't understand what the president's position is on Russia, but I can tell you what my position is," Sasse responded. "Russia is a great danger to a lot of its neighbors and Putin has, as one of his core objectives, fracturing NATO, which is one of the greatest military alliances in the history of the world... Putin is a mess, he’s committed all sorts of murderous thuggery, and I am opposed to the way Putin conducts himself in world affairs, and I hope that the president also wants to show moral leadership about this issue."

But when asked whether Trump's performance during the last two weeks "increased" his confidence in his leadership, Sasse was dismissive, saying that every American "regardless of who you voted for, if you voted for Donald Trump, Hillary Clinton, Donald Duck, I don’t care -- we should all hope that the president does a good job, that he’s surrounded by wise counselors, that he advances U.S. interests and we should vigorously debate policy differences."