After Republican Congressman Says He's 'Not Heard Evidence' of an Impeachable Offense, He Gets Totally Owned by Fellow Congressman 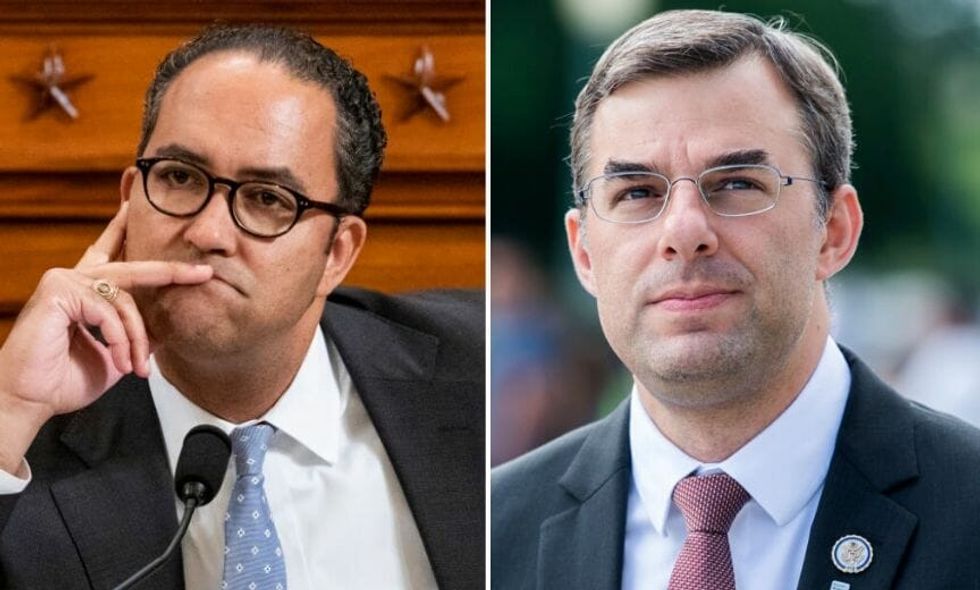 While most House Republicans are seen as hopeless causes when it comes to the effort to impeach President Donald Trump for his corrupt dealings in Ukraine, some hoped that moderate Republican Will Hurd from Texas—who won't be running for reelection at the end of this term—would be at least one Republican who might step across the aisle for the sake of the country.

Those hopes were seemingly dashed on Thursday with Hurd's speech during the final public impeachment hearings in the Committee.

"An impeachable offense should be compelling, overwhelmingly clear and unambiguous, and it is not something to be rushed or taken lightly. I have not heard evidence proving the president committed bribery or extortion. I also reject the notion that holding this view means supporting all of the foreign policy choices we have been hearing about over these last few weeks."

Hurd was criticized by many for his words, not the least of whom was Congressman Justin Amash (I-MI), who left the Republican Party earlier this year and is now the lone Independent Congressman.

He took Hurd to task respectfully, saying he "applies the wrong standard" to the impeachment decision.

With respect, my friend @HurdOnTheHill applies the wrong standard. House impeachment is an indictment, not a convic… https://t.co/gGcwWwu399
— Justin Amash (@Justin Amash) 1574445154.0

Let's not insult GOP lawmakers' intelligence by saying they're confused. Neither @HurdOnTheHill nor anyone else in… https://t.co/HTcbz3pWYP
— Ashton Pittman (@Ashton Pittman) 1574453892.0

@justinamash @HurdOnTheHill He also thinks that someone as corrupt, autocratic and narcissistic as Trump can pursue… https://t.co/86UnPkAwGW
— Andy Farquhar (@Andy Farquhar) 1574453741.0

In light of Hurd's speech, if nothing substantively changes, it appears likely that House Republicans will vote against any Articles of Impeachment brought against Trump.