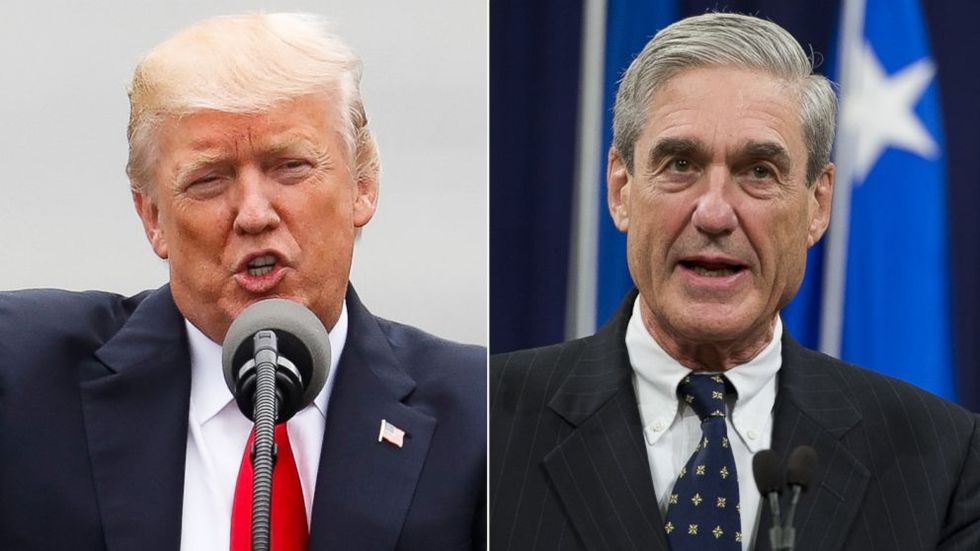 In his New York Times interview published on Wednesday, Donald Trump appeared to warn Special Counsel Bob Mueller against expanding his probe into his family's finances. Suggesting it would cross a line, Trump said:

“I think that’s a violation. Look, this is about Russia.”

He also accused Mueller's team of having conflicts of interest in terms of the investigation and threatened to make them public "at some point."

“The president’s making clear that the special counsel should not move outside the scope of the investigation.”

On Thursday night, it was announced that Robert Mueller is in fact expanding the scope of his probe to include Trump business transactions as well as those of Trump associates.

FBI investigators and others are looking at Russian purchases of apartments in Trump buildings, Trump’s involvement in a controversial SoHo development in New York with Russian associates, the 2013 Miss Universe pageant in Moscow and Trump’s sale of a Florida mansion to a Russian oligarch in 2008, the person said.

If Trump was hoping to use the Times interview as a shot across Mueller's bow, it seems to have backfired.

“Those transactions are in my view well beyond the mandate of the Special counsel; are unrelated to the election of 2016 or any alleged collusion between the Trump campaign and Russia and most importantly, are well beyond any Statute of Limitation imposed by the United States Code."

Trump's strategy to undermine Mueller's investigation has extended to investigating Mueller and his team for conflicts of interest with this possible goal of building a case to fire Mueller.

The search for potential conflicts is wide-ranging. It includes scrutinizing donations to Democratic candidates, investigators’ past clients and Mr. Mueller’s relationship with James B. Comey, whose firing as F.B.I. director is part of the special counsel’s investigation.

In his Times interview, Trump stopped short of saying he would fire Mueller but would not rule it out.