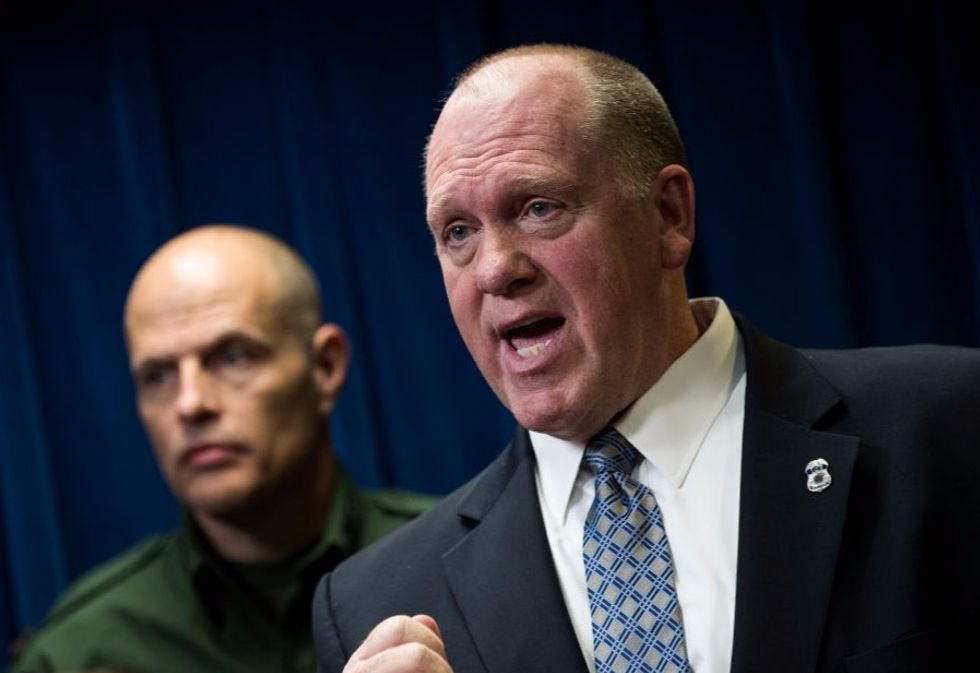 Thomas Homan, acting director of the Immigration and Customs Enforcement (ICE) agency said in an interview Tuesday that politicians in sanctuary cities should be charged with harboring and smuggling unauthorized immigrants.

He said he asked the Department of Justice to investigate if such jurisdictions violate federal law. He added that local officials should be made "personally accountable" for crimes committed by illegal immigrants.

"I think it's terrible. You've got the state of California that wants to put politics ahead of public safety, ahead of officer safety," Homan said. "What they've done is forced my officers to arrest dangerous criminals on their turf, in their homes and places of business, rather than arresting them in the safety and security of a county jail. It's ridiculous."

Homan referred to jurisdictions, such as California, that don't honor ICE requests to detain suspected illegal immigrants past their scheduled jail release dates. Not issued by judges, the ICE requests, known as detainers, are not legally binding documents.

Multiple courts have ruled that the Constitution or federal law prohibits the Trump administration's efforts to intimidate states and localities into participating in draconian immigration enforcement tactics."

"If he thinks he's protecting immigrant communities, he's doing quite the opposite because if he thinks ICE is going away, we're not," Homan said. "There's no sanctuary from federal law enforcement."