Vladimir Putin Just Broke His Silence About His Meeting With Trump, and He Sounds Like the White House Sent Him Talking Points 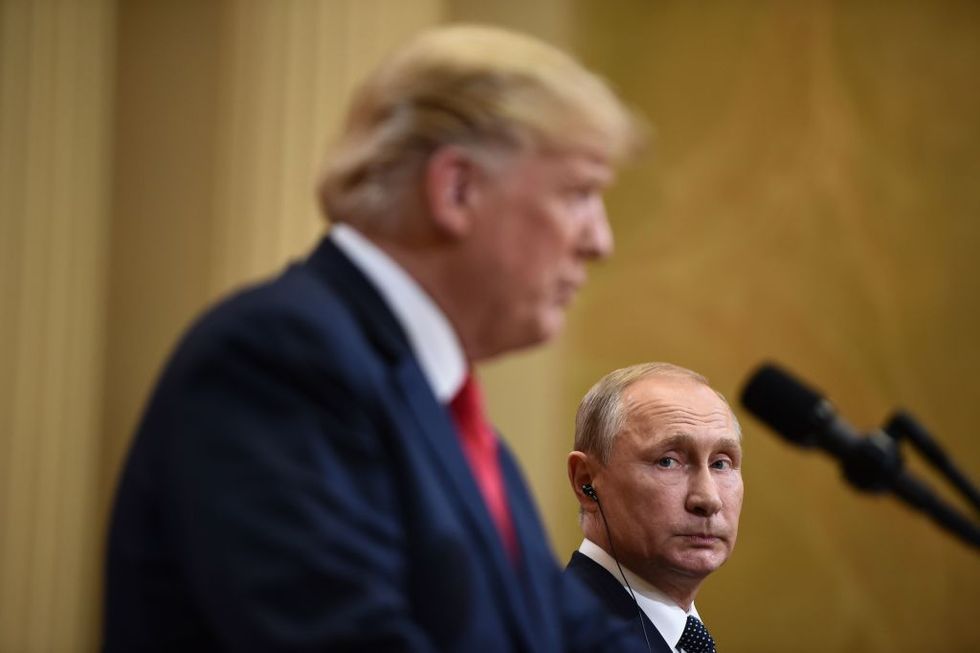 On Thursday, Russian President Vladimir V. Putin came out in full force for President Donald Trump, for whom Putin orchestrated a campaign to sway the American election.

Echoing the sentiments of Trump and his administration, Putin lauded the leaders' recent summit as "successful" and criticized unspecified forces for sowing a negative perception of Donald Trump and the meeting in Helsinki.

@AP Lets call in the translators and ask them what progress was made @realDonaldTrump #ImpeachTrump
— MeKat (@MeKat) 1532002430.0

Putin's statements bolster Trump's insistence that the meeting--which was behind closed doors and not transcribed--led to immense progress for U.S.-Russia relations. Trump, like Putin, hailed the meeting and demonized his critics, but unlike Putin, he took to Twitter to do so:

Russia was just one of the topics the president covered Thursday morning through an erratic series of ten tweets in four hours.

Though Putin's description of the summit is similar to Trump's, the Russian president contradicted the White House in the statement as well.

Putin asserted that the summit led to "useful agreements."

A day prior, the Russian embassy tweeted about agreements made during the summit as well. It was a move that startled many Americans. At the time, the National Security Council wouldn't elaborate on the alleged agreements mentioned in the tweet.

The Russian Defense Ministry @MoD_Russia🇷🇺 is ready for the practical implementation of agreements in the area of g… https://t.co/8dy3sTDQ7a
— Russia in USA 🇷🇺 (@Russia in USA 🇷🇺) 1531862106.0

Later in the day at a White House Press Briefing, Press Secretary Sarah Huckabee Sanders said that while there had been "some conversation," no official agreement had been made, contradictory to Putin's later statement.

Putin is contradicting Trump himself as well. When attempting to quell public ire after Helsinki, the president said:

There has never been a president as tough on Russia as I have been...I think President Putin knows that better than anybody, certainly a lot better than the media. He understands it, and he's not happy about it.

On the contrary, Vladimir Putin and other Russian officials seem ecstatic about the president's stance on Russian relations, with Foreign Minister Sergey Lavrov regarding it as "better than super."

Until the Trump administration elaborates to its citizens on what agreements were or weren't made, it's hard to corroborate that Donald Trump is as tough on Russia as he says.