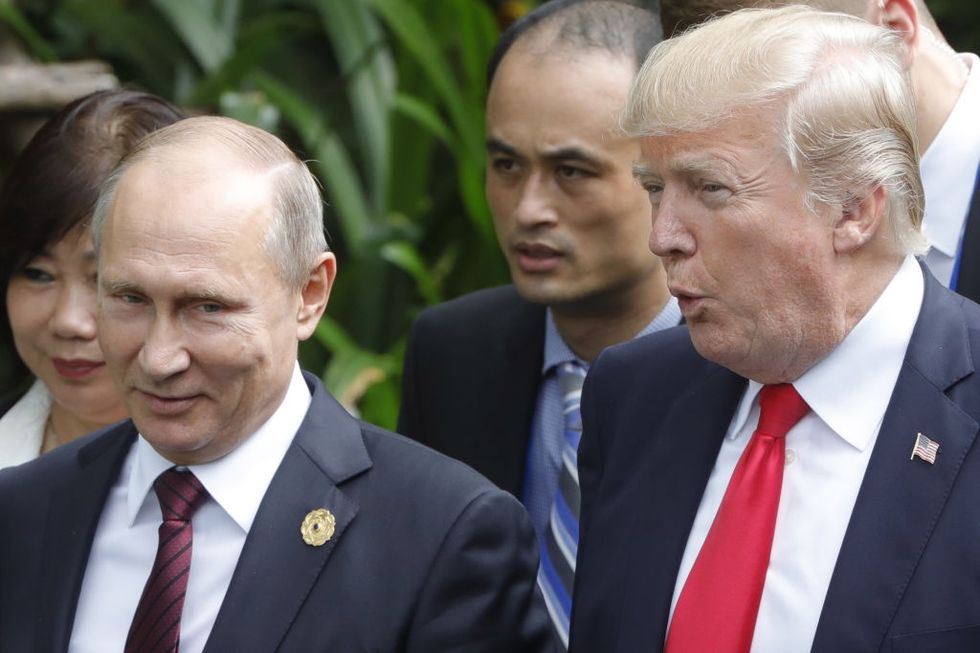 Putin said President Donald Trump's decision to exit the agreement could “destabilize the situation” in the Middle East, but added that Russia would continue to honor the deal.

Trump announced he would exit the landmark agreement last month. He had long campaigned against the nuclear deal and made exiting the agreement one of the signature pledges of his candidacy during the 2016 presidential election. At the time, he noted that any nation that helps Iran obtain nuclear weapons would also be “strongly sanctioned.”

The president had earlier criticized the deal as one of the Obama administration’s “worst” decisions, and in his statements, he expressed his belief that the deal served to benefit the Iranian regime while sponsoring terrorism.

“At the point when the US had maximum leverage, this disastrous deal gave this regime — and it’s a regime of great terror — many billions of dollars, some of it in actually cash — a great embarrassment to me as a citizen,” Trump said.

It didn’t take long for Tehran to respond. The Associated Press reported soon after that the Iranian president said that should negotiations fail, “the Islamic Republic will enrich uranium ‘more than before … in next weeks.”

In announcing that Russia would continue to honor the agreement, Putin joins a host of political figures who've rebuked Trump's decision. Some of these figures had also urged Trump not to withdraw from the deal in the weeks before he made his official announcement.

French President Emmanuel Macron met with President Trump in April and urged Congress to not only stay in the deal, but seek to improve it. German Chancellor Angela Merkel and British Foreign Secretary Boris Johnson, in separate meetings with the president, also urged him to keep the deal, agreeing with the assessment from U.S. intelligence agencies and Secretary of State Mike Pompeo that the deal limits Iran’s nuclear capabilities for now and that Iran has always complied.

Putin's words marked a significant break from President Trump, particularly after Trump called for Russia to be readmitted into the G-7 summit, a meeting of seven countries with the largest advanced economies in the world.

“Russia should be in this meeting,” Trump told reporters before leaving the White House for Canada, where the summit is being held. “Why are we having a meeting without Russia being in the meeting?”

“Whether you like it or not, and it may not be politically correct, but we have a world to run,” Trump added. “They should let Russia come back in because we should have Russia at the negotiating table.”

Russia was removed from the summit in 2014 after it invaded Crimea over its support for pro-Russia separatists in Ukraine. Putin, for his part, appears to agree with Trump that Russia should be readmitted.

“It wasn’t us who left,” he said. “Colleagues refused to Russia on well-known grounds. I think it would be an asset to have Russia back in.”

Canada, meanwhile, rejected Trump's call to bring Russia back into the G-7.

"Russia was invited to be part of this club and I think that was a very wise initiation, and an invitation full of goodwill," Foreign Affairs Minister Chrystia Freeland told reporters at the summit. "Russia, however, made clear that it had no interest in behaving according to the rules of Western democracies."

Freeland's statements echo remarks made by Stephen Harper, the former prime minister, in 2015, when he said that Russia should never be allowed back into the summit as long as Vladimir Putin is in power.

"Canada would very, very strongly oppose Putin ever sitting around that table again. It would require consensus to bring Russia back and that consensus will just not happen," he said at the time. "Russia is more often than not trying deliberately to be a strategic rival, to deliberately counter the good things we're trying to achieve in the world for no other reason than to just counter them."