Approval of U.S. Leadership Around the World Actually Improved in Some Countries, and We Shouldn't Be Surprised 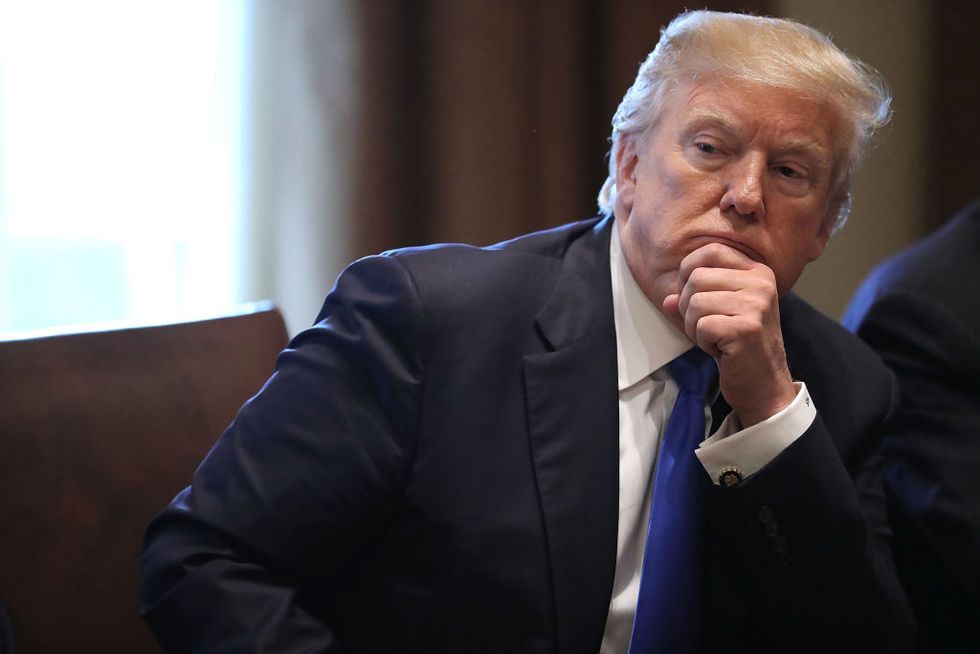 WASHINGTON, DC - JANUARY 09: U.S. President Donald Trump (R) presides over a meeting about immigration with Republican and Democrat members of Congress in the Cabinet Room at the White House January 9, 2018 in Washington, DC. In addition to seeking bipartisan solutions to immigration reform, Trump advocated for the reintroduction of earmarks as a way to break the legislative stalemate in Congress. (Photo by Chip Somodevilla/Getty Images)

International approval of the United States dropped significantly during the first year of Donald Trump's presidency, according to a recently released Gallup Poll. Worldwide approval dropped from 48 percent to just 30 percent between March and November of 2017. This is four points less than the previous low of 34 percent under President Bush.

In fact, "disapproval of U.S. leadership increased almost as much as approval declined. The 43% median disapproval, up 15 points from the previous year, set a new record as well, not only for the U.S. but for any other major global power that Gallup has asked about in the past decade," Gallup reported. "Out of 134 countries, U.S. leadership approval ratings declined substantially -- by 10 percentage points or more -- in 65 countries that include many longtime U.S. allies and partners."

But not every country has such a bleak outlook regarding US leadership.

Russia and Israel, for example, showed Trump's approval ratings increase by as much as 13 percent. This isn't too surprising, given the president's near-habitual praise of Russian President Vladimir Putin, as well as his staunchly pro-Israel policies.

Trump has delayed implementing sanctions against Russia, and in December, Trump declared Jerusalem as Israel's capital and vowed to move the US embassy there by 2019. This decision was slammed by the United Nations and Palestinian leadership. Oddly, Trump's approval dipped only slightly in Turkey, as the Israel embassy decision faces overwhelming disapproval in the Muslim world. Trump famously called President Tayyip Erdogan a friend, despite the fact that he is widely considered an oppressive autocrat.

Most of our long-time allies, however, are not terribly happy with US leadership under President Trump. Germany is now the top-rated global power, and the US approval is on par with China (31 percent) and slightly higher than Russia (27 percent).

Approval ratings in the Americas saw the sharpest drop, falling from 48 percent under President Obama to just 24 percent under Trump.

US Leadership Approval in the Americas. Source: Gallup.