Donald Trump Had the Most Morbid Sign-Off to a Tweet About Bernie Sanders and Joe Biden, and People Seriously Have Questions 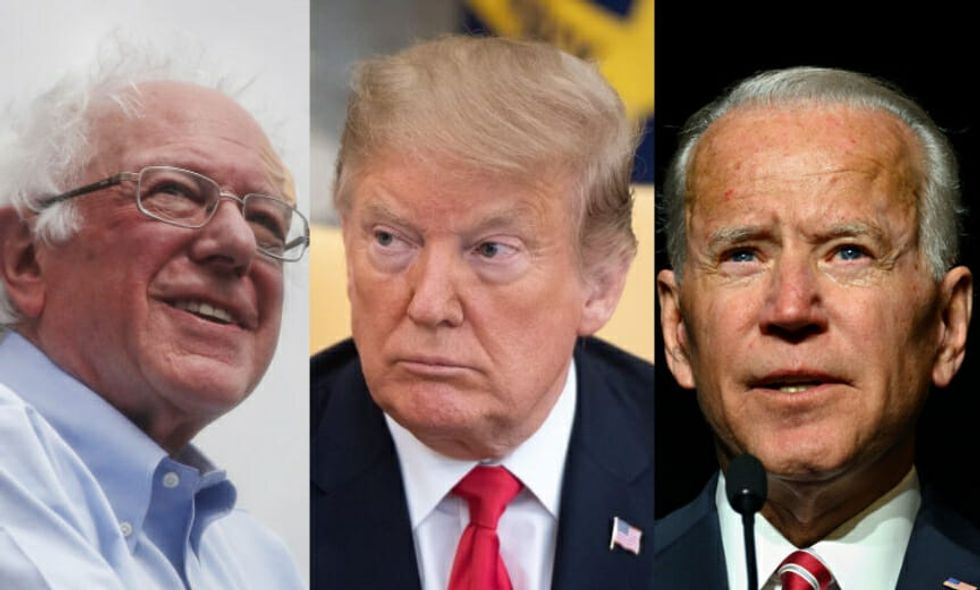 It's unsurprising that Trump is already launching attacks (and nicknames) against the growing field of 2020 Democratic candidates—confirmed and otherwise—yet it was the last sentence of a strange tweet against Biden and Sanders that stood out to people.

For those who are fortunate enough to have never mourned the loss of a person, "May God rest their soul" and other iterations of the phrase are typically reserved for those who are dead.

Knowing this, many people were confused by what Trump meant.

The tweets spurred a pattern that's become all too familiar.

People are questioning Donald Trump's mental fitness and speculating that it's getting worse.

The 2020 race is only just underway, and if the 2016 campaigns were any indication, the nation is in for a harrowing ride.

May God rest our souls.